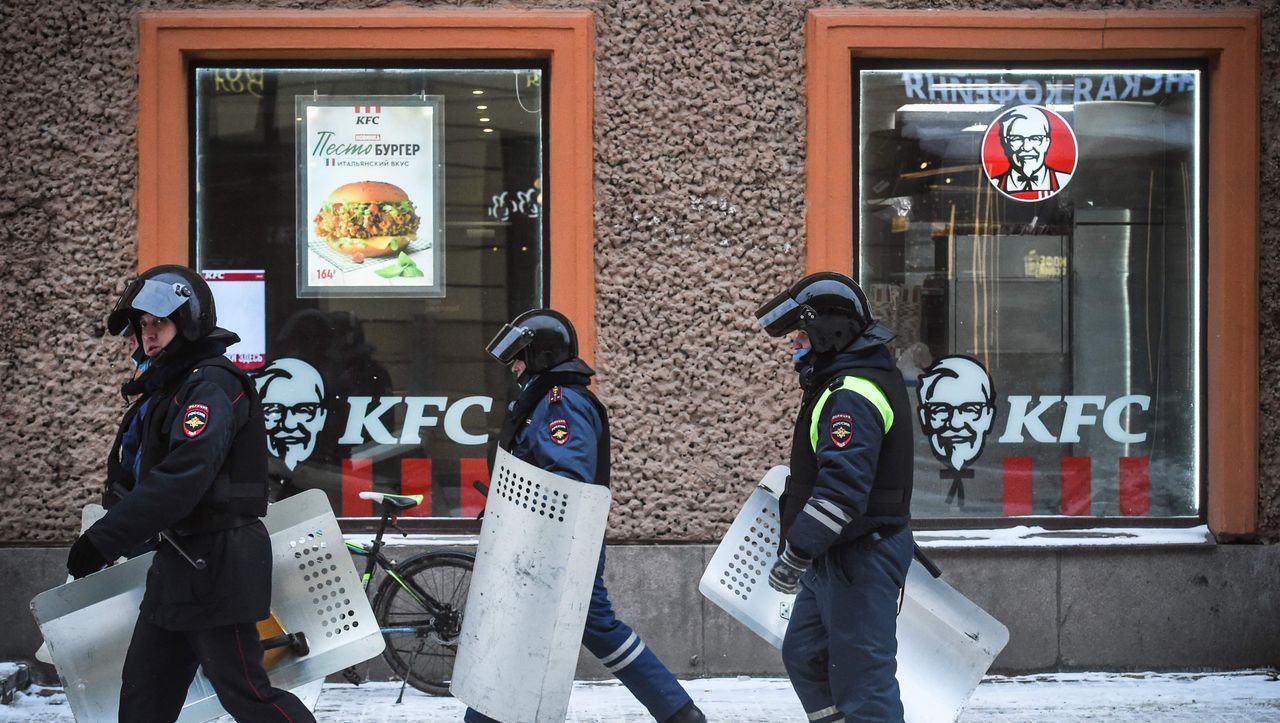 After the mass protests, Russian forces are against the detention of the Kremlin opponent Alexey Navalny Again violent crackdown on activists critical of the government. In St. Petersburg and in Vladivostok there were several arrests and massive house searches, as read on several independent portals on the Internet channel Telegram and seen on photos and videos.

In St. Petersburg alone, there were 30 operations, as the police announced. But Nawalny’s supporters were also arrested in Novosibirsk and other cities, including during vigils, as reported by the human rights portal ovdinfo.org.

Many streets in St. Petersburg were cordoned off with barricades for hours on Saturday. The situation resembles a city in a state of emergency preparing for an attack, according to local reports. Hundreds of police officers were standing by. The reason for the unusually strong security presence is unclear, it said.

The avenue Nevsky Prospect was also affected. The media criticized that nobody in the city, the security authorities or the governor wanted to take responsibility for the lockdowns. The St. Petersburg MP Boris Vishnevsky filed a complaint for an unjustified obstruction of public life.

It is true that there had recently been demonstrations in St. Petersburg for the release of Navalny. However, given the more than 10,000 arrests in the past few days and because of overcrowded prisons, the opposition team declared that it would for the time being not protest. »Stay free!«, Navalny had announced on Instagram.

The case of a mute man who is said to have taken part in protests in St. Petersburg and shouted slogans caused horror. The human rights portal Apologija Protesta reported that a court had sentenced the severely disabled person, who could barely hear, to a fine after his temporary arrest.

In many places, officers confiscated cell phones and other technology during the raids. In Vladivostok in the far east of the country, the journalist Gennady Shulga was arrested at his home – and pressed his head on the floor in front of a pet bowl. The police released the video – as a deterrent for dissidents in the country, commentators said.

The activist Aljona Katajewa reported with tears on the independent Internet TV channel Doschd that she was kicked in a police station at night after her arrest on February 2 and threatened with a stun gun. When a plastic bag was placed over her head, she gave the access code to her contacts and messages on her smartphone.

On his TV talk show, the Kremlin propagandist Vladimir Solovyov let it be known, uncontested, that plastic bags are sometimes the “best means” of helping people with breathing problems.