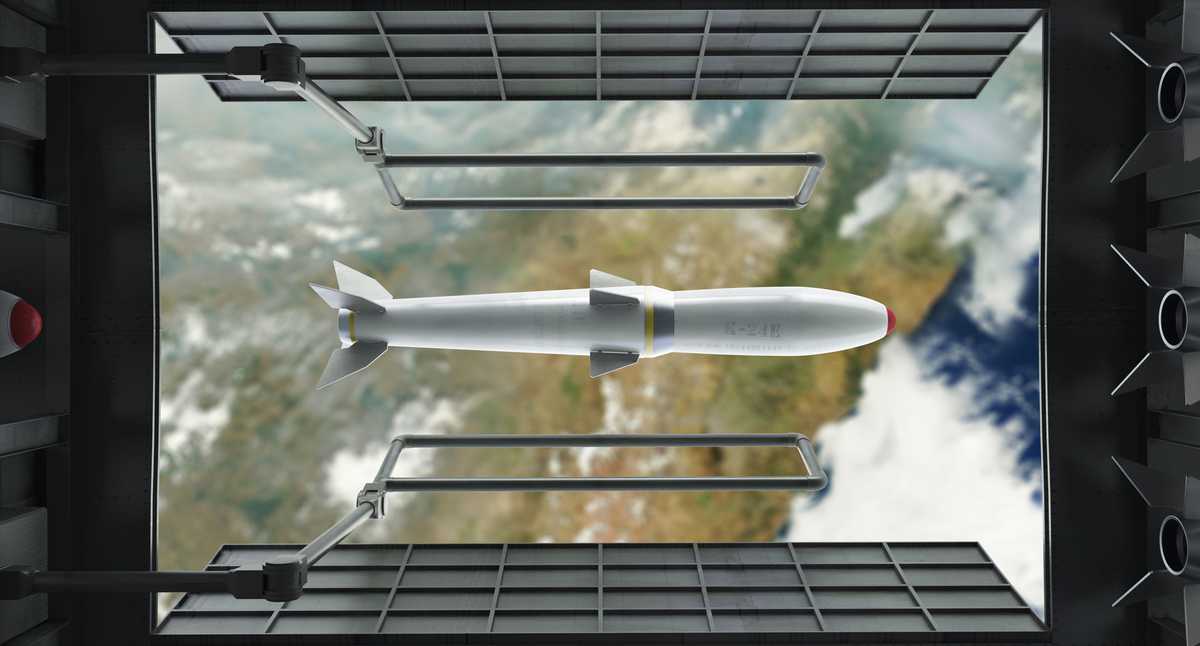 The threat of a nuclear war remains latent. Increasingly, Russia insists on its warning to use deterrent weapons if the world continues to support Ukraine in the midst of the war that Moscow is perpetrating in the neighboring territory.

The tension continues to increase this May 12, after Finland’s decision to join NATO and now, new statements by Russian leaders continue to warn about their intentions.

Even the vice president of the Russian Security Council, Dmitry Medvedev, He insisted that the continuation of supplies to Ukraine could result in a “nuclear war” between Russia and NATO, for which he persuaded not to continue with this type of aid so as not to end in a “catastrophic” conflict.

“The supply of weapons to Ukraine by NATO countries, the training of their troops to use Western equipment, the sending of mercenaries and exercises by the Alliance near our borders increase the probability of a direct and open conflict between NATO and Russia”, Medvedev stated.

And he continued on his official Telegram account, “Such a conflict always has the risk of turning into a full-fledged nuclear war… This will be a catastrophic scenario for everyone,” continuing with the warnings of the Eurasian country about the use of the aforementioned weaponry on its enemies, insisting that the countries of the West or that belong to NATO should “Think about the possible consequences of your actions.

With those words, Russia would be continuing with its warnings and reaffirming its intention to use nuclear weapons; in the meantime, countries with the United States, the United Kingdom, Germany and others have continued to provide different types of aid to Ukraine, helping to finance the Russian invasion of this territory.

A Russian Su-35S fighter jet and a Tu-95ms strategic bomber fly in formation over a church during a rehearsal for the flight, which is part of a military parade marking the anniversary of the victory over Nazi Germany in World War II. World Cup, in Moscow, Russia May 4, 2022. Photo REUTERS/Maxim Shemetov – Photo: REUTERS

This Thursday, May 12, Russia’s Foreign Ministry also threatened Finland with “military-technical and other retaliation” if it joins NATO, after the Finnish authorities have announced their support for this possibility.

In a statement, the Russian Foreign Ministry has insisted that Finland’s accession to the Alliance “will cause serious damage to bilateral relations”for which Moscow stated that “it will be forced” to take “retaliation” to “stop the security threats to its territory that arise in this regard.”

Russia stressed that it has “repeatedly” said that the choice of ways to ensure its national security is up to the Finnish authorities and people, but insists that “Helsinki must be aware of the responsibility and consequences of such a step.” , continuing with the same model and argument about his military actions.

“Joining NATO will also be a direct violation of Finland’s international legal obligations, notably the 1947 Paris Peace Treaty, which establishes the obligation of the parties not to enter into alliances or participate in coalitions against one of them”, he also warned.

In this line, according to the Russian news agency Interfax, he mentioned the 1992 Treaty between Russia and Finlandwhich establishes that the parties will refrain from the threat or use of force against the territorial integrity or political independence of the other party.

“Neither Russia’s guarantees about the absence of hostile intentions towards Finland, nor the long history of good neighborliness and cooperation – mutually beneficial between our countries – convinced Helsinki of the advantages of maintaining a policy of military non-alignment”, lamented the Minister. Russian Foreign Ministry.

*With information from Europa Press.