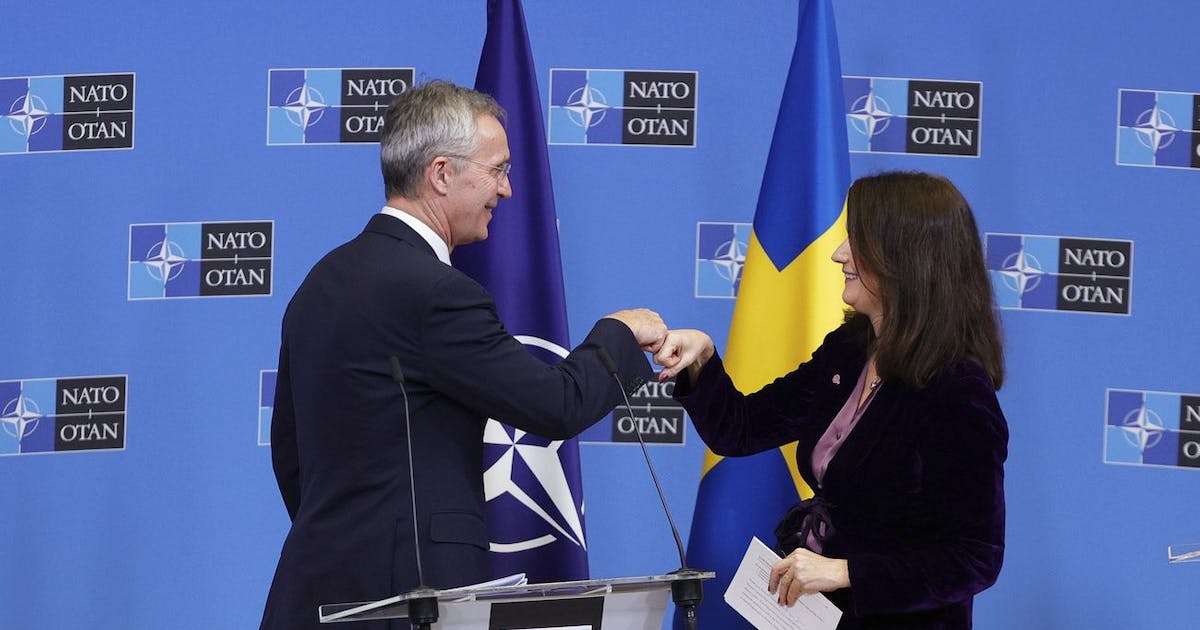 On Monday, NATO Secretary General Jens Stoltenberg met the foreign ministers from Finland and Sweden in Brussels. Russia had threatened the Baltic states should they join the alliance.

“Finland is not part of NATO,” said Pekka Haavisto afterwards, “but it is an integral part of Finnish foreign and security policy to have national leeway for maneuver and freedom of choice.”

His counterpart Ann Linde also represents a neutral country, but she too emphasizes how important the partnership with NATO is for Sweden. “Let me first underline how deeply concerned we are about the Russian deployment on the border with Ukraine and Russia’s aggressive rhetoric. It is already the worst ongoing conflict in Europe.”

Linde went on to say: “European and transatlantic unity are the key” – and threatened the Kremlin with “massive consequences” if Ukraine’s sovereignty were violated. “We are preparing a number of different scenarios.”

Regarding Russia’s diplomatic offers, the Swede said: “At its core, the proposal is an attempt to rewrite what we call the European security order – the arrangement for European security that we agreed on together after the Cold War.”

Linde continues: “One of the main principles is that every state can choose its own security concept, with whom it cooperates or whether it stays in a military alliance or leaves it. Russia wants to undo that and that is unacceptable.” That was non-negotiable, concluded the Foreign Minister.