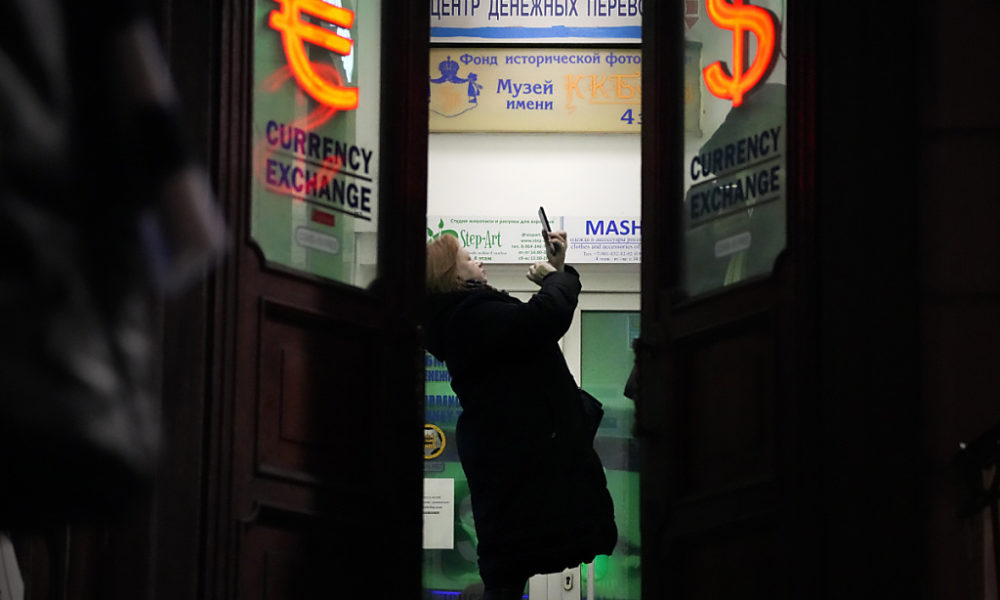 After its invasion of Ukraine, Russia finds itself in the dock on Monday with the opening of an emergency special session of the UN General Assembly in New York. In Ukraine, fighting continued overnight from Sunday to Monday.

Russian troops have repeatedly tried to seize the town of Irpin, located just north of Kiev, the Ukrainian military said. Attempts, the last of which by building a pontoon on the Irpin River, failed. Explosions also sounded in the capital itself and in Kharkiv.

Faced with the resistance of Ukrainian forces and the mobilization of Westerners, Russian President Vladimir Putin ordered Sunday in a filmed meeting with his Minister of Defense Sergei Shoigu to “put the deterrent forces of the Russian army in special regime of alert”, as it relates to nuclear forces. He invoked “the belligerent declarations of NATO” and the “illegitimate” sanctions imposed on Russia.

German Defense Minister Christine Lambrecht accused the Russian head of state of having “gone a step further”, because “the rapid invasion of Ukraine was stopped by courageous and determined actions of the Ukraine”.

“What is really happening is that they are perhaps defending themselves with more effect, more resistance, than the Kremlin imagined”, abounded in the same direction the British Prime Minister Boris Johnson. .

In response, the G7 countries ordered Russia on Sunday evening to “immediately put an end to the attacks against Ukraine”, threatening it with new sanctions after those, already considerable, adopted this week.

The first effects of the financial sanctions against Moscow appeared on Monday: the European Central Bank noted the “bankruptcy or probable bankruptcy” of the European subsidiary of the Russian bank Sberbank, among the largest in the country, and the ruble fell by almost 30 %.

Western pressure on Moscow will continue on Monday. US President Joe Biden will hold a conference call with his allies and partners to discuss “developments” and “coordinate” a “united response”, the White House said.

In New York, the UN General Assembly meets from 10:00 a.m. (4:00 p.m. in Switzerland). A vote on a resolution is expected at the end of the speeches which should continue on Tuesday due to the very large number of speeches in anticipation.

Entitled “Russia’s unprovoked armed aggression against Ukraine”, the initial draft of this resolution obtained by AFP, piloted by the Europeans in coordination with Kiev, “condemns in the strongest terms the aggression of Russia against Ukraine”.

Similar to an American-Albanian text co-sponsored by more than 80 nations from all continents and rejected on Friday in the Security Council following a Russian veto, it calls for the immediate withdrawal of Russian troops from Ukraine and the cessation of fighting. Its authors hope to exceed one hundred votes in favor of this text, whereas at the general assembly there is no right of veto.

France convened an emergency meeting of the UN Security Council at 3:00 p.m. (9:00 p.m. in Switzerland) on Monday to have a resolution adopted on Tuesday calling for the “stopping of hostilities”, to “protect civilians” and to “enable the unimpeded delivery of humanitarian aid”. Russia’s position on this draft text, after its first veto on Friday, remains unknown.

This article has been published automatically. Sources: ats / afp / dpa

Popular Action Congresswoman: María del Carmen Alva is one of the people most interested in a presidential vacancy