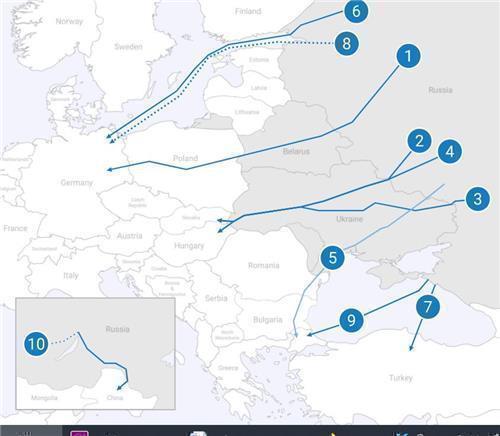 According to Sputnik news agency, Gazprom said in a press release on the same day, “Poland continues to purchase Russian gas even after the direct supply has been cut off.” .

Gazprom explained that Poland’s reimportation volume is about 30 million cubic meters per day, which is almost exactly the same as Poland imported directly under a contract with Gazprom previously.

Gazprom, in charge of gas export, announced on the previous day that it would stop supplying gas to Poland and Bulgaria, saying that it had refused to pay in rubles (Russian currency) for gas supply requested by Russia the day before.

Gazprom said, “Payment for gas supplied after April 1 had to be made in rubles through a new account (designated by Russia), but by the 26th, gas for April from Polish gas company ‘PGNiG’ and Bulgarian gas company ‘Bulgargas’ We did not receive the supply payment in rubles,” he explained, explaining the reason for the supply interruption.

On the 31st of last month, Russian President Vladimir Putin signed a presidential decree requiring purchasers from non-friendly countries, including EU member states, to pay for Russian gas purchases in ruble, the Russian currency, from April 1.

Big Joke is stunned! Aunt to kill nephew and drown in the sea. Use 21 stones. When throwing, I don’t know if he’s dead or not.