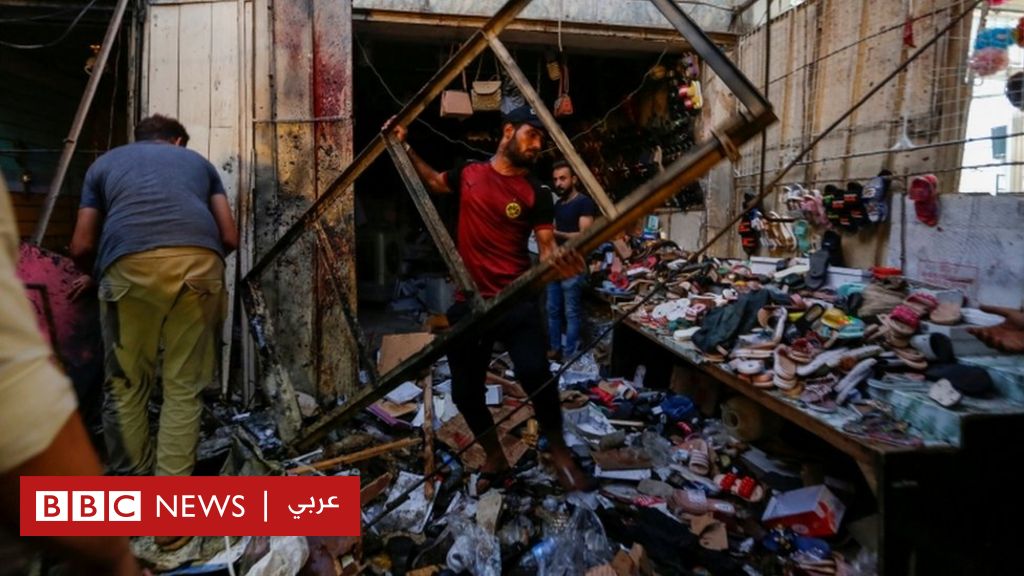 A suicide bombing killed 35 people and left dozens of injuries in a crowded market in the Sadr City neighborhood of the Iraqi capital, Baghdad, on the eve of Eid al-Adha, according to security and medical sources.

The so-called Islamic State claimed the attack, and it was carried out by a suicide bomber named Abu Hamza al-Iraqi.

About sixty people were injured as a result of this bombing, for which no party has claimed responsibility so far.

Medical sources in Iraq suggested that the death toll would rise, as there were a number of serious cases among the injured.

Video footage posted on social media showed the victims, blood splattered everywhere, and the people around them screaming.

A statement issued by the Iraqi Ministry of Interior stated that “a terrorist attack with a locally manufactured explosive device took place in the Al-Wahelat market in Sadr City, east of Baghdad, and left a number of dead and wounded.”

The Joint Operations Command in Baghdad said it opened an investigation into the attack, which occurred on the eve of Eid al-Adha.

Iraqi Prime Minister Mustafa Al-Kadhimi held an emergency meeting with the leaders of the country’s security services to discuss the attack, according to a statement issued by the Prime Minister’s Office on Monday.

The Security Media Cell reported that Prime Minister Mustafa Al-Kazemi ordered the arrest of a prominent official in the Federal Police, the unit whose control was the area of ​​the Sadr City bombing.

The President of the Iraqi Republic, Barham Salih, described the explosion in Sadr City as “a heinous and cruel crime, the like of which is not.”

Saleh said in his tweet, “We will not rest until we uproot the hateful and cowardly terrorism at its roots.”

Sadr City is one of Baghdad’s poorest and most populous suburbs. It is also a stronghold of supporters of Shiite cleric Muqtada al-Sadr.

The Islamic State had claimed responsibility for a double suicide attack in January that killed 32 people in a crowded market in the capital, Baghdad.

It was the deadliest attack in three years.

ISIS militants also claimed responsibility for a car bomb attack in a market in Sadr City, which is considered one of the most important Shiite neighborhoods in Iraq, which killed four people last April.

It is noteworthy that such attacks were common in the period following the entry of US forces into Iraq, and then declined in recent years.

The Iraqi authorities announced the defeat of the Islamic State in 2017, but the organization’s sleeper cells continued to carry out attacks.

The US forces reduced their military presence in Iraq in the past year, and the number of US military personnel in Iraq currently stands at 2,500, who mainly supervise training operations.