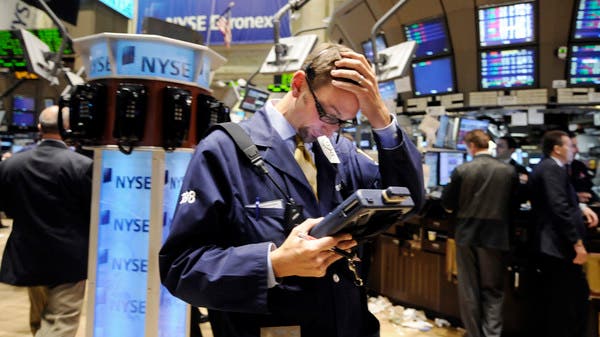 condensed Sales in global markets After the sudden US inflation report that increased pressure on the Federal Reserve to intensify monetary policy tightening, US Treasury yields were trading at their highest levels in several years.

The S&P 500 is flirting with a bear market after Friday’s surprising consumer price report sparked more than $1 trillion selling. The Stoxx 600 was trading at its lowest level since early March.

Data showed that the US consumer price index rose 8.6% in May, the largest increase since 1981.

Yields on US 10-year Treasuries reached 3.24%, the highest since October 2018, and the pace of European government bond selling accelerated, with the yield on German two-year government debt rising above 1% for the first time in more than a decade.

A mass exodus of stocks and bonds is gaining momentum amid fears that central banks’ battle against inflation will end up killing economic growth. Inversions of the Treasury yield curve signal fears that sharp increases in Fed interest rates could lead to a hard landing.

Markets are pricing in a hike in monetary policy tightening

Traders are now pricing in a 175 basis point increase in interest rates by the Federal Reserve by September. If that happens, it will be the first time since 1994 that the Fed has resorted to such a drastic measure.

Meanwhile, the dollar rose while the yen weakened to its lowest level in years. The pace of oil and iron, which are among the commodities sensitive to growth, declined.

The bad feeling was also evident in the cryptocurrency market which pushed Bitcoin below $25,000 to an 18-month low.

On Monday, the value of the cryptocurrency market fell below a trillion dollars for the first time since January 2021, according to the data site (CoinMarketCap), and reached 926 billion dollars.

During the trading of the last 48 hours, the combined market value of cryptocurrencies decreased by 18.3 percent, losing about $235 billion, after the total market value declined from $1,280.2 billion, to about $1045.2 billion in trading on Monday morning.

At the top of the losing digital currencies came “Bitcoin”, which recorded a decline of 5.2% during the past hours, compared to a weekly loss of 16.3%.

The performance of European and Asian stocks

European shares fell for the fifth consecutive session on Monday, weighed down by economic-sensitive stocks, as the sharp rise in US inflation raised concerns about a significant increase in interest rates by the Federal Reserve.

Asian shares fell about 3%, also affected by fears of the Corona virus in Beijing. Stock markets received signals from a massive sell-off on Wall Street on Friday.

The Chinese CSI300 index also fell by more than 1.5% this morning, on the impact of new closures in Shanghai after the increase in cases of Corona virus.

Insights into the Russian McDonald’s “Delicious and Point” – video

Vinyl vocals squeak?Inventory of the two major series of Nagaoka cartridges in Japan: the 80th anniversary commemorative Jewel Tone series, the review of the six major cartridges of the MP series｜Special report