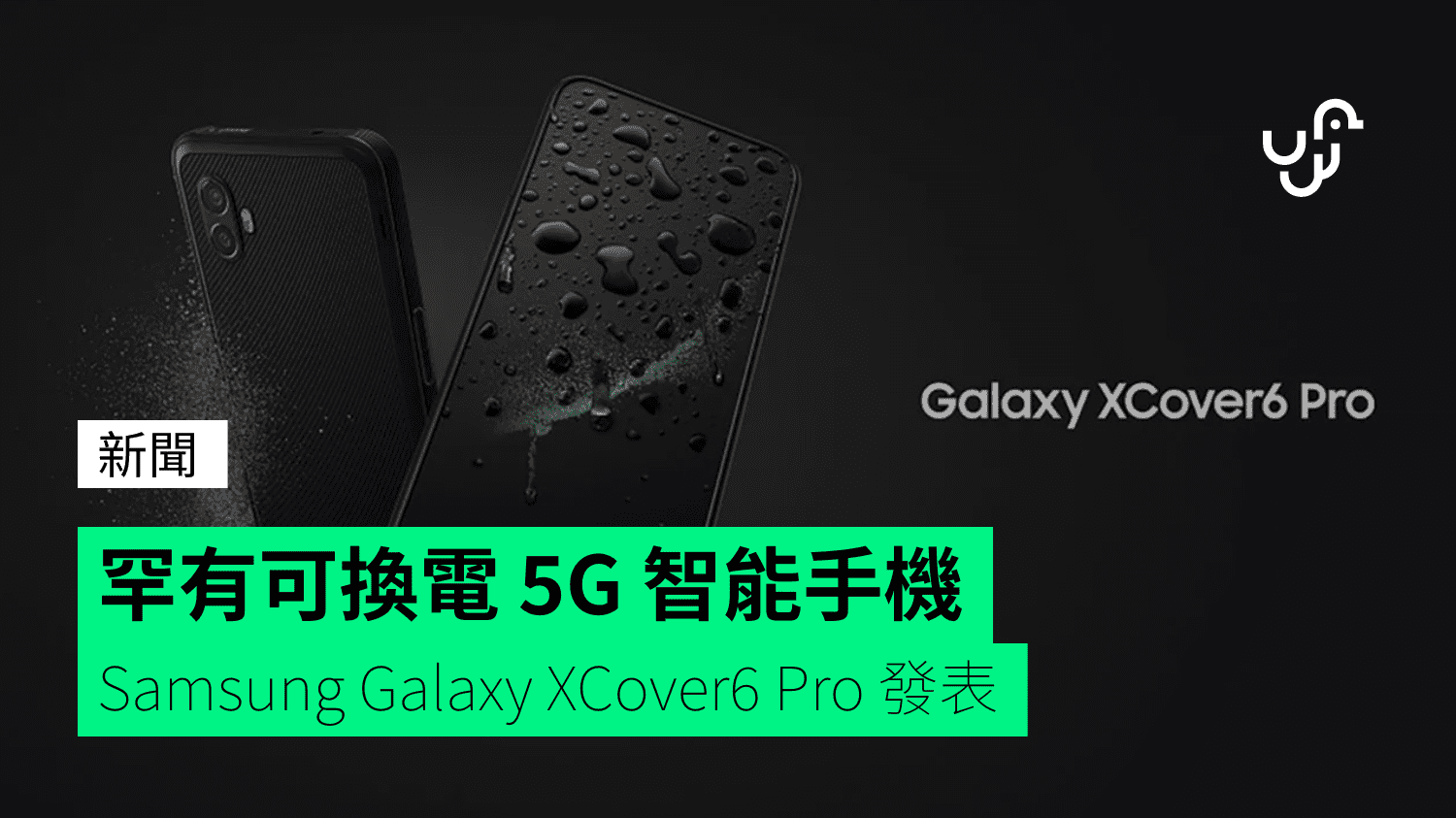 A few days ago, Samsung released the rugged mobile phone Galaxy XCover6 Pro, which not only has IP68 waterproof and dustproof rating, but also passed the MIL-STD 810H military standard certification, which can be used normally in extremely harsh environments. For the average consumer, the Galaxy XCover6 Pro also has a battery swap function that is rarely seen in the market, and you can easily swap the battery just by opening the back of the machine.

The Galaxy XCover6 Pro is equipped with a 6.6-inch FHD+ resolution screen with a 120Hz refresh rate and is protected by Gorilla Glass Victus Plus for touch operation while wearing gloves or in the rain. Samsung chose a Qualcomm Snapdragon 778G processor that supports 5G networks, with 6GB RAM, 128GB storage and support for up to 1TB microSD expansion. The pre-loaded system is Android 12, users can get 4 Android version upgrades and 5 years of security updates, and the phone also supports Samsung Dex function.

Other specs include a swappable 4,050mAh battery, 13MP selfie lens, 50MP main camera, 8MP ultra-wide-angle lens, Bluetooth, Wi-Fi 6E, USB-C and POGO contact charging, fingerprint recognition, facial recognition, two self-service Entity buttons for ordering functions, etc. The Galaxy XCover6 Pro will be available in markets such as Europe, Asia and the Middle East starting in July, and pricing has not yet been announced.

NTN24 will close its office in Caracas