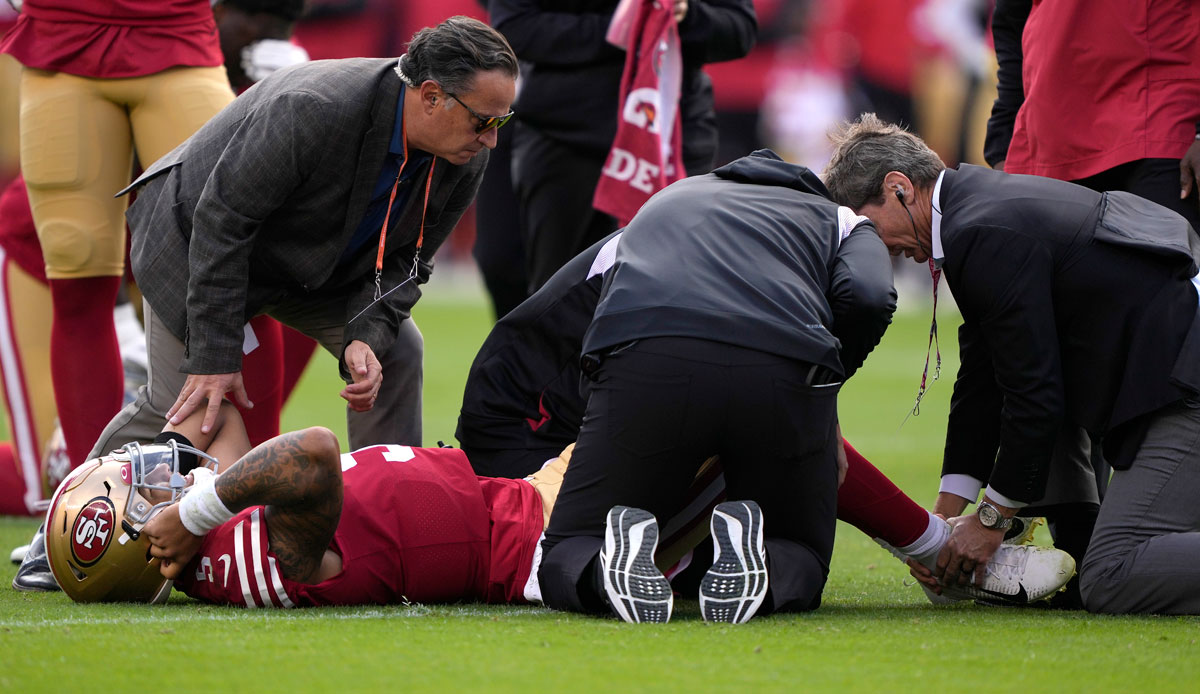 Although the San Francisoc 49ers won their divisional match against the Seattle Seahawks 27-7, they paid a price for it: Trey Lance had to be injured in the first quarter and will now have to sit out the rest of the season. Fas’s head coach Kyle Shanahan confirmed.

Trey Lance, who finally received the promised helm of the 49ers offense from Kyle Shanahan this year after being a backup for a year, had to give up the helm early in week 2.

In the first quarter of the division game against the Seahawks, Lance saved the ball on a zone read and ran down the middle into Cody Barton’s arms. Just the way he fell on his right leg looked very worrying. The fact that he was in pain and unable to leave the field on his own only made it clear that the injury was serious.

Kyle Shanahan confirmed after the game that Lance has sustained a broken ankle and will be out for the rest of the season. Jimmy Garoppolo, who was a starter ahead of Lance last year, finished the game against the Seahawks and led his team to a 27-7 win and is back at the starter post. Garoppolo had hoped to start with another team in the offseason. Only the dwindling QB market and the lack of alternatives made him stay with the 49ers as a backup with a reduced salary.

Now he has the offense back in his hands.

Lance was the third pick in the 2021 draft after the 49ers traded high for it. Now Shanahan and Co. will have to wait until next season before the hopeful can play again. Then Garoppolo will probably no longer be part of the team because his contract expires after the season.

“I started working as a waiter. And I saw Daniel Fuenzalida. I approach him and say ‘he knows that I sing…’ he gives me the opportunity to appear on TV for the first time », recalls Leo Rey Glamorama

Exercising on an empty stomach: a good idea?