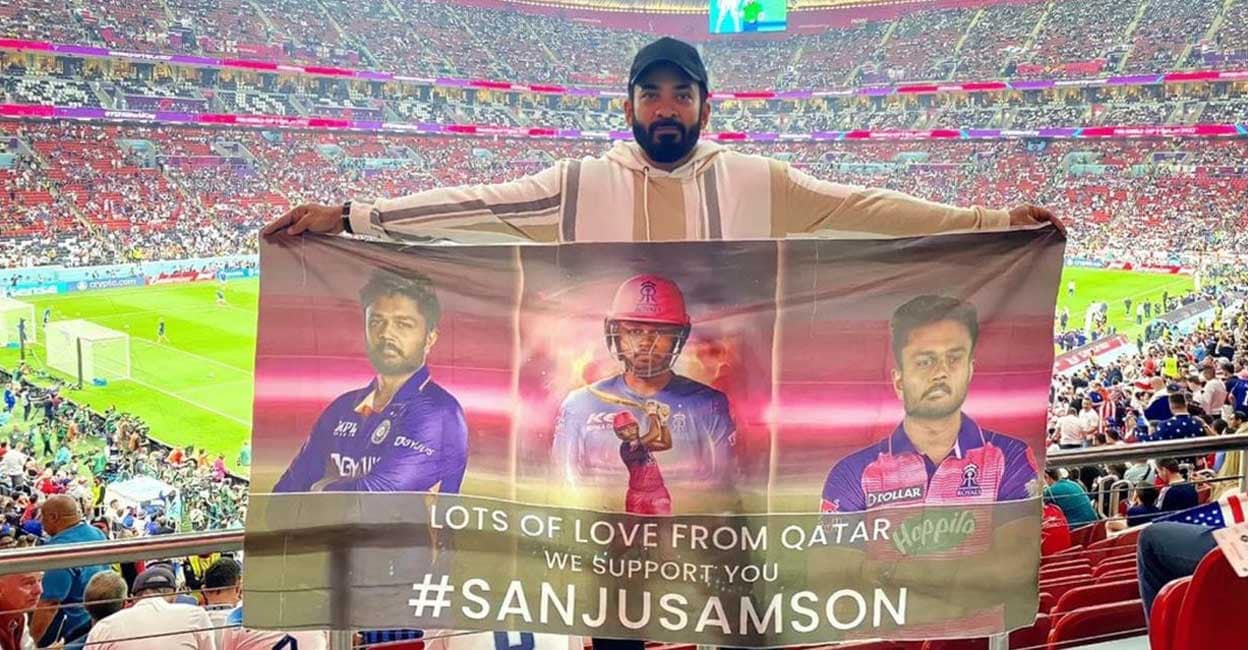 Doha – Where are Sanju Samson’s fans in the world? There is daily outcry against the selectors and BCC in cricket stadiums and social media for not playing Sanju in India. Sanju’s fans were clamoring for him in various countries where the Indian cricket team went to play in Ireland, West Indies and Zimbabwe. Sanju is currently making waves at various venues in Qatar where the FIFA World Cup is being held.

Fans reached the FIFA World Cup venues with posters of Sanju. ‘We are with you. With a thousand love from Qatar…’ they wrote on the banners with pictures of Sanju in the jersey of Rajasthan Royals and the Indian team. Many people shared the pictures of fans reaching the World Cup stage in support of Sanju on Twitter. The pictures of this are going viral on social media. ‘Who are you supporting in the FIFA World Cup?’ The picture has also been shared on the Facebook page of Rajasthan Royals with the caption.

After Sanju, who is in good form, was dropped in the second ODI against New Zealand, the fans were furious on social media. Former Indian players such as Murali Karthik, Ashish Nehra and others came forward for not playing Sanju. As usual, the explanation of the team management was that Deepak Hooda was given a chance when he felt that a sixth bowler was needed.

[스브스夜] ‘Miu Bird’ Han Ga-in, “In my next life, I want to live with another man instead of Yeon Jung-hoon” candid confession

If your back is still stiff when you wake up…