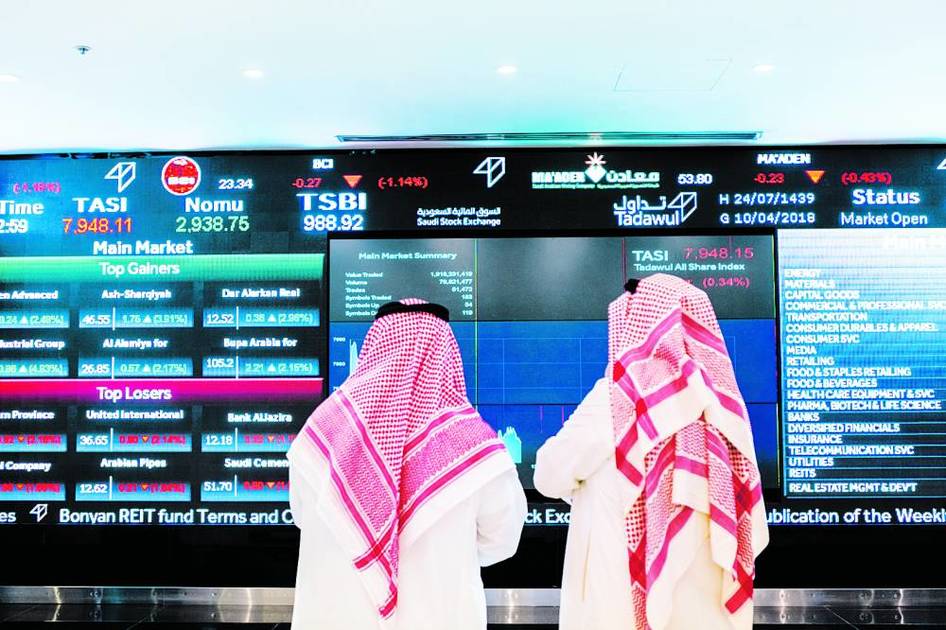 The Saudi Stock Exchange declined for the second session in a row, Sunday, as a result of pressure, due to the decline in banking and petrochemical shares, while the Qatari index rebounded after falling more than 2% in the previous session.

On the other hand, the Qatar Stock Exchange index rose 0.1 percent, after receiving some support from financial and energy shares, after falling more than two percent on Thursday.

The Saudi market index ended Sunday’s session with a decline of 0.8% at 12,335 points (-93 points), recording the lowest close in 3 months, with transactions totaling about 12.8 billion riyals, and the market’s trading included the deal for the Public Investment Fund’s acquisition of 16.87% of the The capital of Kingdom Holding amounted to 5.7 billion riyals, and the shares of 46 companies listed in the Saudi market witnessed active trading, compared to the average trading for the last 3 months.

The Qatar Stock Exchange also closed trading on Sunday with a marginal rise, after announcing the quarterly review of the FTSE Russell index, amid a contraction in trading, and the general index increased by 0.09% to reach 12,741.49 points, to gain 11.27 points. On the shares of Qatari companies in the index, the session witnessed an increase in the transport and real estate sectors, while 5 sectors declined: insurance, communications, merchandise, industry, banks and financial services. Trading shrank Sunday; As liquidity reached 323.97 million riyals, compared to 812.72 million riyals on Thursday, and trading volumes amounted to 81.35 million shares, compared to 178.87 million shares in the previous session.

The general index of the Bahrain Stock Exchange, at the close of trading on Sunday, decreased by 0.85%, losing 16.26 points, to close at 1905.88 points, and the trading volume reached 679.9 thousand shares, with a value of 262 thousand Bahraini dinars. The wired and wireless sector decreased by 5.48%, then the basic materials sector decreased by 45.94%, due to the pressure of the shares of Aluminum Bahrain by 0.8%.

The financial sector also declined, with a decrease of 30.18%, under pressure from the decline in the shares of Al Baraka Banking Group, Arab Banking Corporation, Bank of Bahrain and Kuwait, Ahli United Bank, National Bank of Bahrain by 1.32%, 1.30%, 1.01%, 0.56%, 0.16%, respectively, then The luxury consumer goods sector decreased by 15.20%, due to the pressure of the Bahrain Hotels Complex share falling by 1.07%, while the share of Zain Bahrain increased by 6.43%.