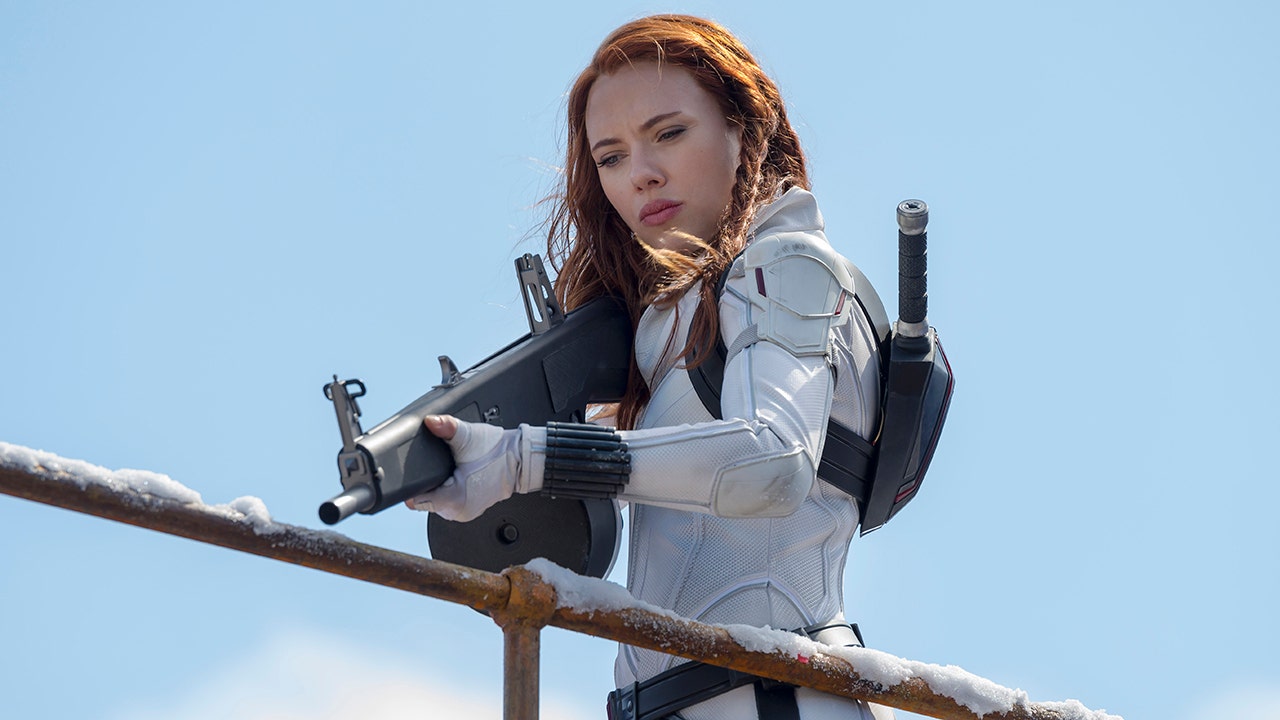 Jonathan Fithian on movie theaters amid the coronavirus pandemic

Scarlett Johansson made headlines on Thursday when she sued Disney over its day-and-date release of “Black Widow” on Disney+ and in theaters, citing breach of contract.

Since the suit was filed, Disney fired back in a strong statement and the move has sent ripples through the entertainment community with rumors circulating that Emma Stone, star of “Cruella” that had a similar release, was considering filing her own suit.

Such a day-and-date release – which was also used to debut “Mulan” and most recently “Jungle Cruise” – was done initially because of the ongoing coronavirus pandemic, which put a hold on movie releases for months.

Subscribers to the popular streamer had to pay an additional $30 on top of their subscription fees to view the movie if they chose not to head to theaters.

SCARLETT JOHANSSON FILES LAWSUIT OVER ‘BACK WIDOW’ STREAMING ON DISNEY+

As the situation potentially gets more intense for the Mouse House, here’s a look at why executives earn money from streaming releases, but stars like Johansson do not.

Mega blockbusters with high–profile stars in the leading roles are often subject to backend deals that see the stars earn a second paycheck if the movie grosses over a certain amount, according to Time.

The Marvel Cinematic Universe is well known for using such practices with Robert Downey Jr. negotiating himself gobsmacking deals that consistently put him on highest-paid lists for years.

Johansson, 36, said in court documents that her salary for the film was tied to box office performance in a similar manner and a theatrical release was guaranteed in her contract, leaving her out $50 million thanks to many viewers selecting to see the movie at home rather than in theaters – despite the movie’s impressive box office performance anyway.

While Johansson may have missed out on big bucks, executives likely did not.

Not even two years old, Disney+ has surpassed projected subscriber counts a handful of times and has proved to be a rival to big-time newbie competitors like HBO Max.

Additionally, the streamer has seen boosts in subscription numbers and app downloads that have largely been attributed to the addition of popular titles like 2020’s “Hamilton.”

Johansson claimed she missed out on at least $50 million in bonuses due to box office performance. (Marvel Studios/Disney via AP, File / AP Images)

It’s not common for streaming services to share exact numbers, but in a moment of pride, Disney announced that they had earned $60 million from Disney+ purchases of the film, per Variety, which saw its stock price rise not long after. The announcement of the day-and-date release of “Black Widow” also gave the stock a boost, which means executives and shareholders get a paycheck.

Such successes almost certainly stuff the pockets of Disney bigwigs like CEO Bob Chapek and his teammates overseeing Disney+, which has made huge efforts to grow exponentially by making titles like “Soul” and “Luca” exclusive to the streamer, as well as developing several shows that fall under the Marvel and Star Wars umbrellas – two of the more profitable labels owned by the company.

Exact paychecks given to executives – and whether they got bonuses based on the films’ performances – are unclear.