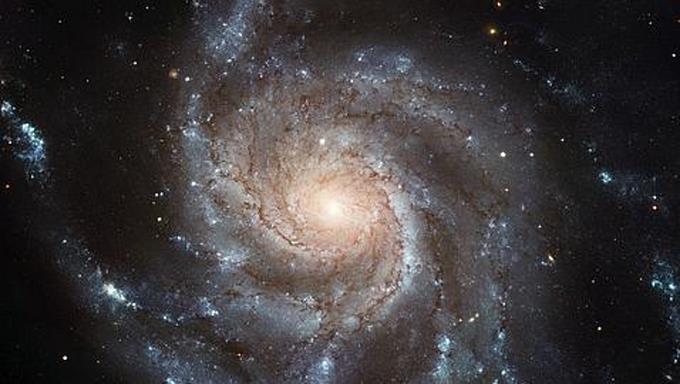 An experiment with cosmic explosions has uncovered matter that had been “lost” in the universe since its inception and that scientists had searched for for three decades, according to research published Wednesday in the journal Nature.

Astronomers used rapid bursts of radio to find “lost matter” in the vast space between stars and galaxies, which was presumed to exist but had never been detected before.

The researchers were able to locate the missing matter using a phenomenon known as rapid radio bursts, brief flashes of energy that appear to come from random directions in the sky and last only milliseconds.

As explained by Jean-Pierre Macquart, a professor at the University of Curtin (Australia) associated with the International Center for Radio Astronomy Research (ICRAR), the radiation from rapid radio bursts is scattered by the missing matter in the same way that colors of sunlight separated into a prism.

“We have now been able to measure distances at enough fast radio bursts to determine the density of the universe,” he said, adding that “only” it took “six” to find the missing matter.

“We know from the Big Bang measurements how much matter was in the beginning of the universe. But when we looked at the current universe, we couldn’t find half of what should have been there. It was a little embarrassing,” he said.

The missing matter is baryonic, or “normal,” as experts know it, and consists of the protons and neutrons that make up stars, planets, and living things.

It is, therefore, different from dark matter, which is still very unknown and represents about 85% of the total matter in the universe, said those responsible for the study.

J. Xavier Prochaska, professor at the University of California at Santa Cruz (United States) and co-author of the research, stressed that this matter has been sought for years using traditional techniques and telescopes that are not useful for this purpose.

“The discovery of rapid radio bursts and their location in distant galaxies were the key advances necessary to solve this mystery,” he said.

The international team responsible for the find included astronomers from Australia, the United States, and Chile.