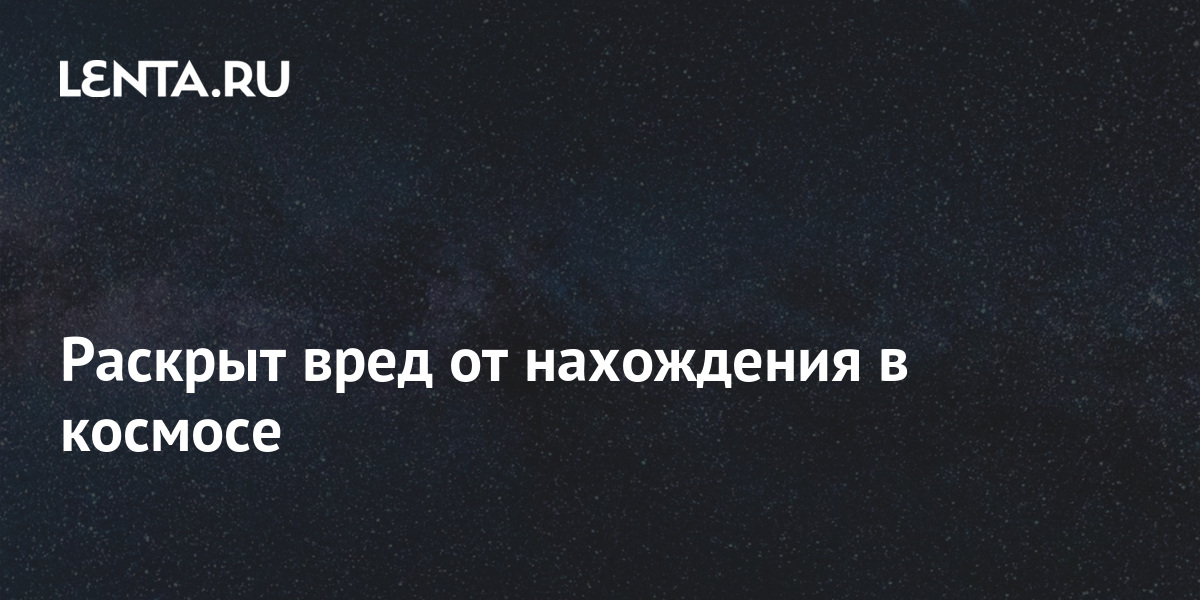 Scientists at Stanford University and the University of California, San Francisco have shown that space travel significantly weakens the immune system of astronauts due to abnormal activation of regulatory T cells (Tregs). Details about the dangers of spending a long time in space are disclosed in an article published in Scientific Reports.

During the study, experts identified 18 types of immune cells in blood samples and monitored 252 specific reactions in microgravity. To do this, they used the method of cytometry, which includes labeling with stable isotopes of rare earth metals and mass spectrometry, in which a substance is identified by the ratio of the mass and charge of ions obtained from its molecules. Cytometry identifies and quantifies dozens of proteins involved in the immune response.

To simulate the effects of weightlessness, the scientists used a centrifuge for four hours. Particular attention was paid to 14 functional responses, including phosphorylation of molecules involved in major signaling pathways, as well as the activity of specific biomarkers of immune cell activation.

Tregs are usually triggered to suppress the immune response after infection and play an important role in a variety of diseases, including cancer or COVID-19. However, the authors of the work found that under microgravity conditions, regulatory T cells begin to work even before the immune system is activated. When specialists stimulated the immune response in blood samples with a chemical signal that mimics the pathogen, Tregs suppressed the defense response.

Scientists have previously found that microgravity also weakens the activation of T lymphocytes and makes killer T cells, which are immune cells that destroy damaged or infected cells in the body, less effective. In general, the researchers hope that the results of the work will help develop methods to mitigate the effects on the human body during long space travel.