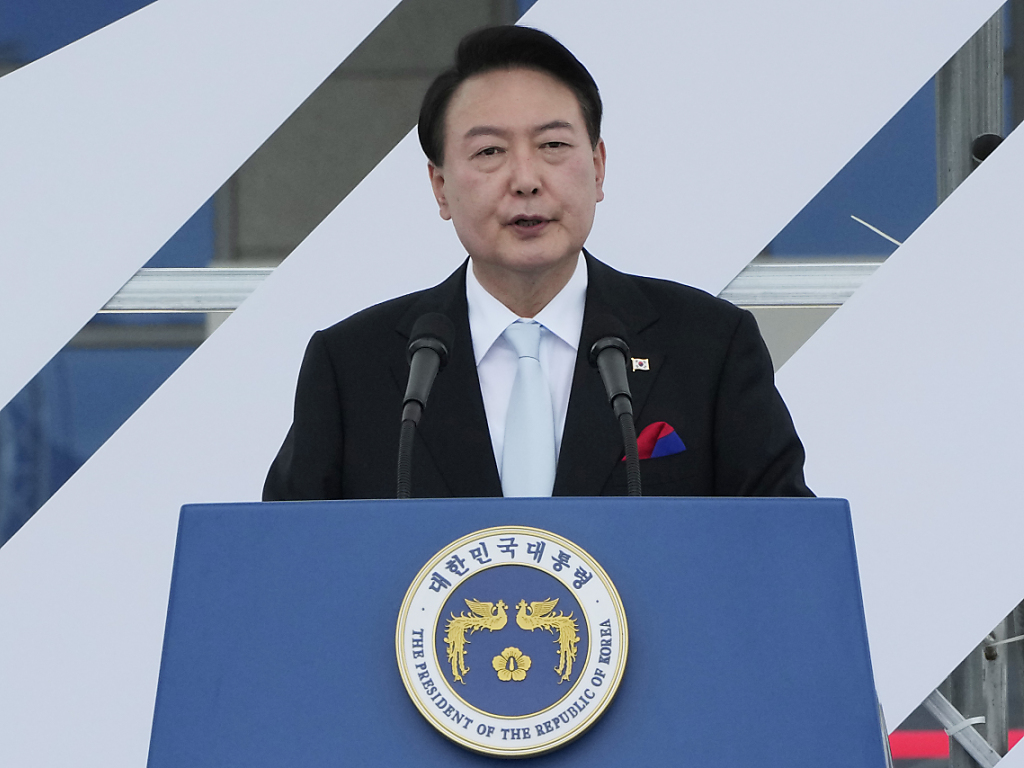 South Korean President Yoon Suk-yeol announced on Monday that he would offer a major aid package to Pyongyang in exchange for denuclearization. Denuclearization is “essential” for lasting peace on the Korean Peninsula, he said.

The offer will include food, energy, but also aid for the modernization of infrastructure, such as ports, airports and hospitals.

This plan “will dramatically improve North Korea’s economy and the standard of living of its people in stages, if the North ceases to develop its nuclear program and embarks on a genuine and substantial process of denuclearization”, said Mr. Yoon during a speech marking the anniversary of the end of Japanese colonial rule in 1945.

In July, North Korean leader Kim Jong-un said he was “ready to mobilize” his nuclear capabilities in the event of war with the United States or South Korea.

For specialists in the region, the chances of seeing Pyongyang accept this offer, already mentioned during Mr. Yoon’s inaugural speech, are very slim. The North, which invests a large part of its GDP in its armaments program, has long made it clear that it would not enter into such an agreement.

North Korea has conducted a record series of weapons tests this year, including the firing of a full-range intercontinental ballistic missile, the first since 2017. Washington and Seoul have repeatedly warned in recent months that the North was preparing to carry out a new nuclear test, which would be the seventh in its history.

Chinese luxury minivan unveiled at half the price of Toyota Alphard