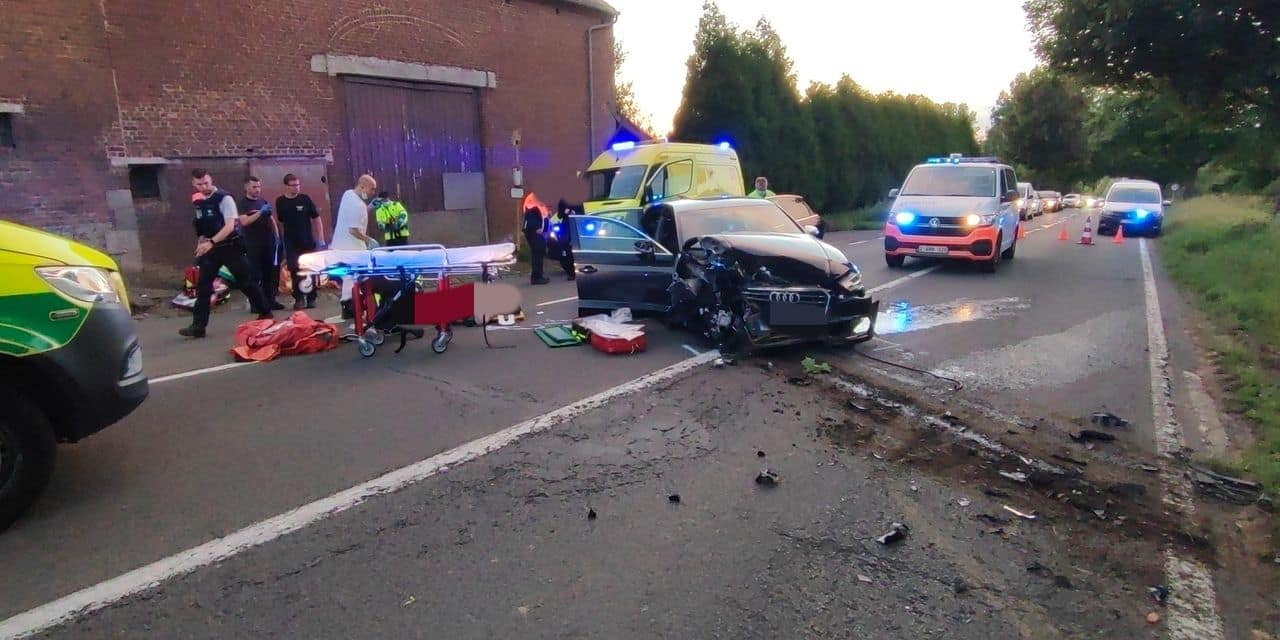 Sunday evening at 9:15 p.m., an impressive road accident occurred in Thirimont (Beaumont), on the road to Mons, causing 7 injuries in two vehicles.

A Golf registered in France, with three people and a dog on board, was coming from Erquelinnes, towards Beaumont, when it veered left onto rue de France. She cut off an oncoming Audi. In this Audi, 5 people: a couple, two children and their grandmother.

About thirty rescuers intervened: seven ambulances, from Beaumont, Thuin, Charleroi, Chimay, La Louvière and the private transporter R’Med, were sent to the site, as well as extrication, marking and road cleaning teams from the firefighters of Beaumont and de Thuin. Under the orders of Zone Commander Piérart, Major Dams and Lieutenant Mayor, the emergency services took care of the wounded. The last victim was evacuated shortly before 11 p.m.

During this time, several teams from the different police zones took care of setting up diversions on this very busy artery. The Botha zone took care of the accident report. The ACF Motors tow truck was tasked with removing the two vehicles after the emergency services left, they are both out of traffic.

Doctors advise to help epilepsy patients not to break up, not to flinch – MCOT Thai News Agency

The best sites and applications to consult TV programs