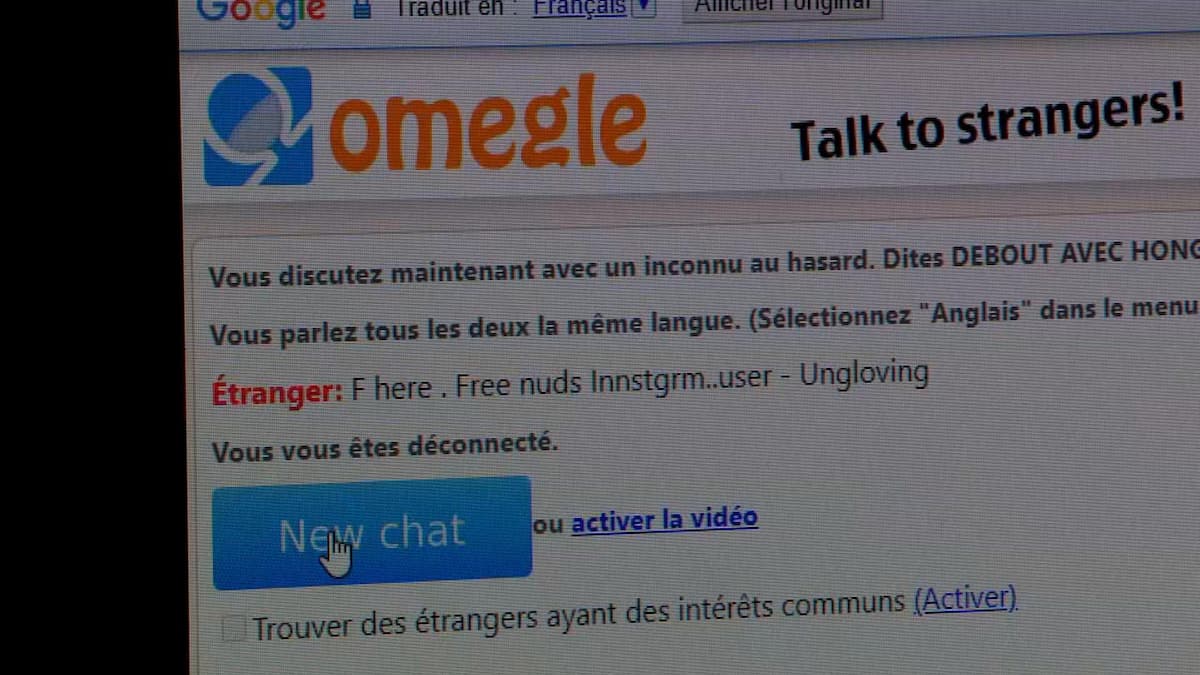 With just a few clicks, children can find themselves exposed to mature content that is sometimes even violent.

This is what an 8-year-old girl experienced when she was approached by men and received illicit content through the use of the Omegle app.

“I knew she had seen the rape of a child,” the mother said. “The more it went, the more she asked me questions, and I was not able to answer.”

The application is mainly used to meet people online either by chat or video.

This is generally not accessible to people 18 and under, but by checking two boxes to validate her age, the girl was granted access to the site.

His mother has also posted a message on social networks to educate other parents to prevent this kind of thing from happening again.

“There were bits where I cried, where I was enraged”, explains the mother. “I felt like I was helpless because I couldn’t figure out who was on the end, because if I did, it wouldn’t be okay.”

Several stakeholders in the sector note that there is a marked increase in this phenomenon.

In fact, the Canadian Center for Child Protection has recorded a 37% increase in cyberviolence against young people.

At the CAVAC, the phenomenon is explained rather by the proliferation of social networks.

“This multiplication allows people who are very malicious who would be malicious to have easy access to the young people who hide behind these applications”, explains Marie-Christine Villeneuve, coordinator at CAVAC. “Connecting and building trust with them becomes much easier for people who are malicious.”

The Trois-Rivières police, where the girl’s mother filed a complaint, says they are already raising awareness in schools and intends to continue the campaign.