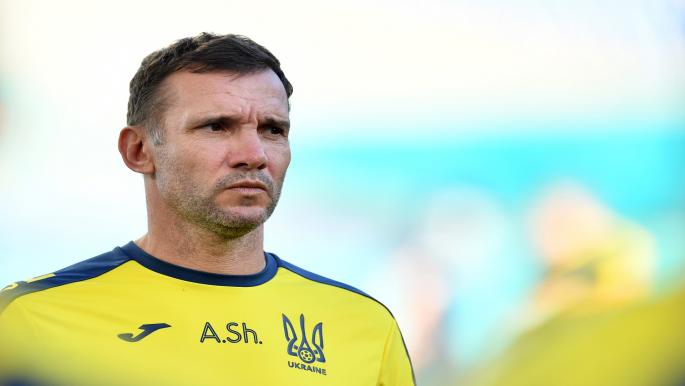 The legend of the Ukraine national team and the former Italian club AC Milan, Andrey ShevchenkoTo respond directly to the decisions of the Russian President, Vladimir PutinOn Monday, he admitted the secession of two regions from Ukraine, and gave the signal to the armed forces to enter them.

And Andrei Shevchenko sent a message on his account on the social networking site “Twitter”, today, Wednesday, saying, “Ukraine is my motherland. Today is a difficult time for all of us, but we all have to unite. I am always proud of my people and my country.”

And the legend of the Ukraine national team continued, “We have gone through many difficult times together, and in the last 30 years, we have formed as a country. A country of loyal, hard-working and freedom-loving citizens. This is the most important asset for us,” to receive a wide interaction with his message.

It is noteworthy that Andriy Shevchenko, one of the most prominent scorers of the Ukraine national team, with 48 goals, and previously crowned the European Champions League, with AC Milan in 2003, and won the Golden Ball award in 2004, in addition to his professionalism with Chelsea, and playing with his former club Dynamo. Kiev.

After announcing his retirement, Andrei Shevchenko headed to the world of coaching, and supervised the technical staff of the Ukraine national team, at the European Nations Cup, which was held in the summer of last year, in addition to taking over the supervision of the Italian club Genoa, for only two months this season.

Ukraine is my motherland! I have always been proud of my people and my country! We have gone through many difficult times, and over the past 30 years we have formed as a nation! A nation of sincere, hard-working and freedom-loving citizens! This is our most important asset! …https://t.co/sQxCFpwHIz pic.twitter.com/6LNW6Cw9oR