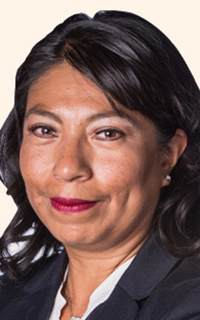 The lack of antiretroviral drugs to care for patients with HIV / AIDS points to becoming a new large-scale problem for the president’s administration Andrés Manuel López Obrador.

Unlike other population groups that have been affected by lack of medicines, people with HIV / AIDS have a long history of almost four decades of experience in mobilization, organization and structure to protest, which has allowed them to defend their rights and gain health care that do not have other diseases, and that today are beginning to be diminished. Soon we will see them mobilizing. The new struggle of HIV-positive people aims to ensure that the supply of antiretrovirals is guaranteed beyond June, which is the date on which they say these drugs will run out. The lack of these medicines exhibits another problem in the purchase that this administration started abroad, through an international tender, led by the United Nations Office for Project Services (UNOPS) and the Institute of Health for Well-being ( Insabi).

Although the measure has generated multimillion-dollar savings in some medicines and has allowed the dismantling of power preserves of pharmaceutical groups, the reality is that we are already in April and there is a shortage of different drugs that should already have been bought and the problem tends to worsen. And more so now that one of the main producers of medicines and vaccines, such as India, is in crisis due to the pandemic.

How will things be within the government that the Undersecretary of Health himself, Hugo Lopez-Gatell, acknowledged that perhaps the government failed to review other purchase options rather than looking to buy only abroad. In any case, patients with HIV-AIDS have reported that they have received different versions of what is happening, but no concrete solution either from Censida or from Insabi authorities, the latter criticizes the lack of interest, they say, of its owner Juan Antonio Ferrer.

Universal and free access to antiretroviral treatment in Mexico has managed to reduce mortality from HIV in the last decade. It was Julio Frenk Mora, former Secretary of Health, who began with a public policy of universal and free access to antiretroviral drugs for all people with HIV who lacked social security; later José Ángel Córdova Villalobos consolidated it and Jose Narro Robles He continued it and is still covered up to now. The problem is that there is a shortage. It should be remembered that in Mexico there are 187,873 people living with HIV-AIDS. In 2020, 7,459 new cases were diagnosed.

There is concern in the federal government that one in four older adults is reluctant to apply the covid-19 vaccine. Of the 15 million older adults, 25% did not want to apply the antigen. The figure is high. The rejection of the vaccine has many explanations, but without a doubt myths, misinformation and fear have weighed more among this sector of the population. The states where the vaccine was least wanted are Oaxaca and Chiapas. But in big cities the problem is not less. Now it is understood why the President had to go out and get vaccinated to set an example for that sector of the population that follows him so much.

There are two consequences of the covid-19 pandemic that have hardly been seen and that must be addressed. One is the health problems faced by those who suffered from this disease and now live with sequelae, which involve investing large amounts of money for pulmonary rehabilitation therapies and medicines that the health sector is not providing and, another, that of children who were orphaned or suffered loss of family members. We must not overlook what the head of the SEP, Delfina Gómez, said in the sense that, before reviewing the state of the schools, it is necessary to make a diagnosis of the socio-emotional situation in which this pandemic left to students and teachers.

See Also:  An unemployed person confesses to forging health certificates in the coast: "It is easy for people to do things."

Copyright law strictly prohibits copying all or part of Excelsior’s materials without first obtaining written permission and without including the link to the original text.