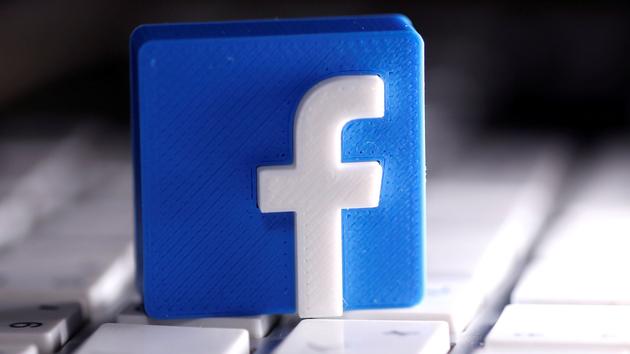 The fight against disinformation remains a major problem for Facebook. If the social network has deployed significant means of moderation since the start of the pandemic and multiplies initiatives to highlight authoritative health information, deleting all of the fake news circulating on such a sprawling network is impossible . A study published this Thursday by the American company Newsguard highlights some of these “Holes in the racket”, by focusing specifically on French-language content.

“This is a photo at time T on a sample which is obviously not exhaustive”, underlines Chine Labbe, who manages NewsGuard’s operations for France. This start-up, founded in 2018 in the United States, specializes in the identification of sites that send disinformation, and has designed a browser extension that automatically warns the Internet user if it visits a site spreading numerous fake news.

For its study, Newsguard looked at the French-speaking Facebook pages followed by at least 40,000 Internet users and who relayed ten of the most perennial poisons on the pandemic (5G is linked to the coronavirus, vitamin C or garlic helps protect themselves, Bill Gates is behind the pandemic …). Twelve pages, managed from France, Belgium or French-speaking African countries, and bringing together a total audience of 3.3 million people, have been identified. Newsguard selected a sample of twenty posts. Only four have been processed by social network partner fact-checkers: a warning appears when the Internet user tries to consult them. “The two most popular Facebook pages in our sample do not carry any of these warnings”, underlines Newsguard. This is the page of the Epoch Times Paris site (1.3 million fans), and that of a Congolese pastor followed by nearly 750,000 worshipers.

Reassuring data, the majority of the incriminated posts have a limited engagement, with a hundred shares to their credit. “But the hundreds of thousands of subscribers to these pages have potentially seen these intoxicants. The damage is there “, argues China Labbe. Newsguard published a similar study last week for English-speaking Facebook pages. “In these countries, the offending pages share equally poisons on miracle cures for the coronavirus and conspiracy theories on the origin of the latter. On conspiracy pages, conspiracy theories prevail “ continues the manager.

Newsguard does not intend to throw a stone at Facebook, “Who does a lot of work on disinformation. It’s a massive project, it’s normal for posts to escape them. ”, underlines Chine Labbe. But the company believes that its solution, which aims to warn the user before he clicks on a questionable site, could allow to act upstream. “80% of the posts in the sample point to sites that Newsguard had previously identified as unreliable”she continues. “We have had regular discussions with Facebook since our launch in 2018, but at this point they do not wish to use our system, based on the assessment of the overall reliability of the sites”, indicates the start-up.

Questioned by the Figaro, Facebook recalls that “Removed hundreds of thousands of false, harmful information, and posted warnings on 40 million publications in March alone through the work of independent information verifiers.” They will look at the posts identified by Newsguard.