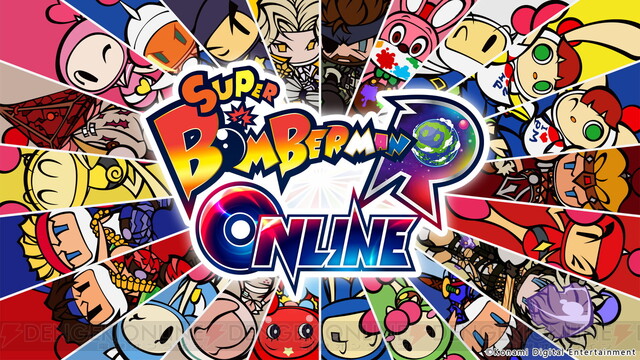 Also, “Fall Guys: Ultimate Knockout” collaboration is being held from the same day.

The original release text is posted below.

Konami Digital Entertainment Co., Ltd. is pleased to announce that the download version of the latest series “Super Bomberman R Online” has been released on May 27th (Thursday) for free basic play.

In this work, you can enjoy a simultaneous battle of 64 players who are trying to survive against players from all over the world. In addition, you can play familiar simple battles and team battles up to 3vs3. In addition, you can enjoy new elements that can show your individuality even in appearance, such as changing the character costume and customizing the bomb to enable various blast effects.

Along with the launch of the distribution, we started collaborating with Mediatonic’s popular title “Fall Guys: Ultimate Knockout” from today. Starting today, “Bean Bomber” will be available in the in-game shop.

In addition, we announced today the video posting guidelines for “Super Bomberman R Online” and “Super Bomberman R”. Along with the release of the guidelines, we are implementing a play video posting support campaign. From those who tweeted with the URL of the play video and the specified hashtag on Twitter, 64 people will be given a Bomberman bonsai “Mosmos Bomber” by lottery. Please take this opportunity to send out a hot battle video!

From today, the collaboration character “Bean Bomber” will appear in the in-game shop!

Along with the release of the guidelines, we have started a play video posting support campaign.

During the campaign period, 64 people will be given a “Mosmos Bomber” by lottery from those who tweeted with the URL of the play video and “#Bomberman video” and “#Bomberman” on Twitter. Please take this opportunity to post a video!

Get all 40 types of Bomberman stamps that can be used in various scenes! !!

Each piece is produced by Akane Mayama, a ceramic artist in Mashiko Town, Tochigi Prefecture, and you can feel the warmth of handmade products.

Bonbori-style moss is planted on the top of Bomberman’s head, and it also has a healing effect after a heated battle! !!

Check this site for details on how to purchase!

■ Simultaneous battle of 64 players to survive against players from all over the world!

Equipped with a “Battle 64” mode in which up to 64 players from all over the world can enjoy simultaneous battles.

While competing for items, go back and forth between areas that are closed over time, and the person who survives to the end in the last remaining area wins! Battle with players from all over the world to become “Bomber One”! !!

“Standard” mode allows up to 16 players to play at the same time. In “Grand Prix” mode, you can play 1vs1, 2vs2, 3vs3 team battles and enjoy full-scale battles like e-sports.

■ Change costumes and bombs to your liking with the “change clothes” function!

You can change your character’s costume into various styles!

In addition, you can customize bombs such as delicious blasts and glitter blasts, and you can enjoy your own blast effect.

Let’s challenge the battle with your favorite costume and bomb!

In addition, the familiar “Louis” from this series is back! It will liven up the match! !!

In addition to the familiar Bomberman 8 brothers, KONAMI’s popular characters have also appeared as player characters! Richter Bomber (“Akumajo Dracula” series) and Robbie-kun Bomber (“Silent Hill” series) will participate for the first time from this work!

* If you purchase the Premium Pack, you will be able to use 14 characters who can use various abilities in addition to the 8 Bomberman brothers.