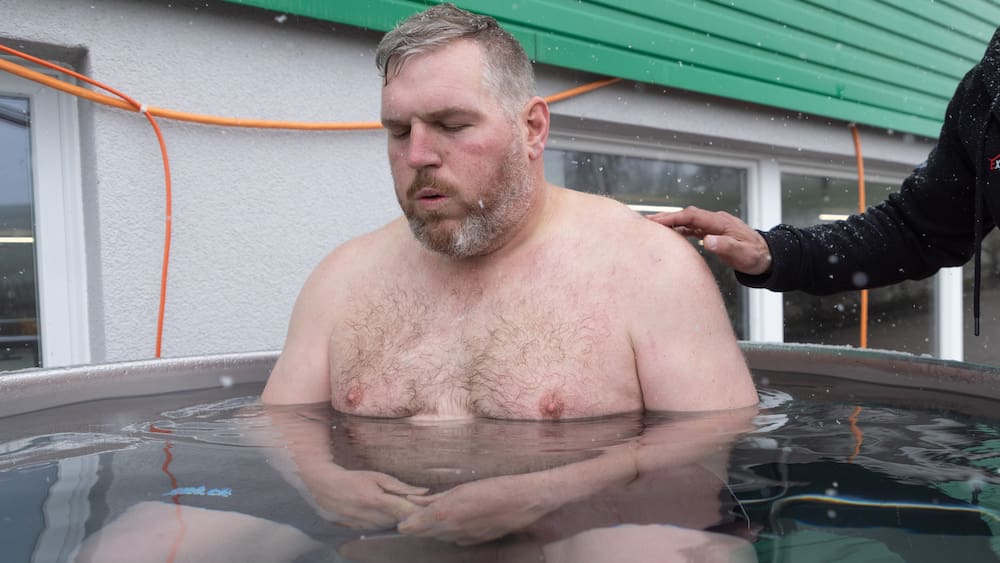 What’s the matter with King Stucki? The spectators asked themselves this question on the penultimate Sunday in April at the spring wrestling event in Zäziwil. The 1.98 meter giant Stucki had to be content with undecided walks against the “non-Swiss citizens” Stefan Gäumann, Simon Röthlisberger and Gustav Steffen.

The day after, a medical examination provided the explanation. A partial rupture of the tendons on the right shoulder is diagnosed. Then things got dramatic, as Stucki’s trainer Tommy Herzog reveals: “After this finding, Chrigu was about to end his sporting career. I talked him into it, told him that going out the back door wouldn’t do justice to his royal status. And after a few days of reflection, Chrigu assured me that he wanted to do everything he could to play a strong role at the Swiss Confederation in Pratteln at the end of August. »

After this declaration of war, Herzog had to make it clear to his protégé that he could only achieve this goal if he only concentrated on four things in his everyday life over the next few weeks: “Exercise, eat, drink, sleep!”

Stucki quit his job as a truck driver

So that the regeneration between the tough training sessions does not come up short, the father of two actually lives like a professional athlete. “I quit my job as a truck driver for Fleischwaren AG Lüthi and Portmann, but I am still working as a representative for this company. And it is also clear that I want to do a larger workload again after the federal exams, »says the Bernese Seelander, who was voted Swiss Sportsman of the Year in 2019 ahead of Roger Federer.

The term professional is still frowned upon in conservative wrestling circles. In truth, however, even before Stucki, some “bad guys” prepared themselves very professionally for the showdown for the crown. As early as the 1990s there were thong gladiators who focused 100 percent on the sport during their federal years.

Matthias Sempach (King from 2013) also took on almost only representative duties away from the sawdust ring in his sporting heyday. Armon Orlik can control his studies in such a way that he can focus fully on sport in the main season.

Comeback in July at the earliest

In order to be able to recover optimally after the sweaty units in Herzog’s “torture chamber” in Beromünster LU, Stucki has now discovered another, completely natural means – a bath in ice water. “I have to overcome my weaker self after every training session, but splashing around in the sub-cooled pool is ideal for muscle regeneration.”

It will probably be around two months before the 132-time winner of the crown will be able to flex his muscles again in a competition. It is likely that Christian Stucki will make his comeback on July 23 at the Weissenstein. It is questionable whether he will find his way back to his old strength.

Why Do People Support Johnny Depp More Than Amber Heard?

Île-de-France this Friday, May 13, 2022: evolution of the health situation in the region