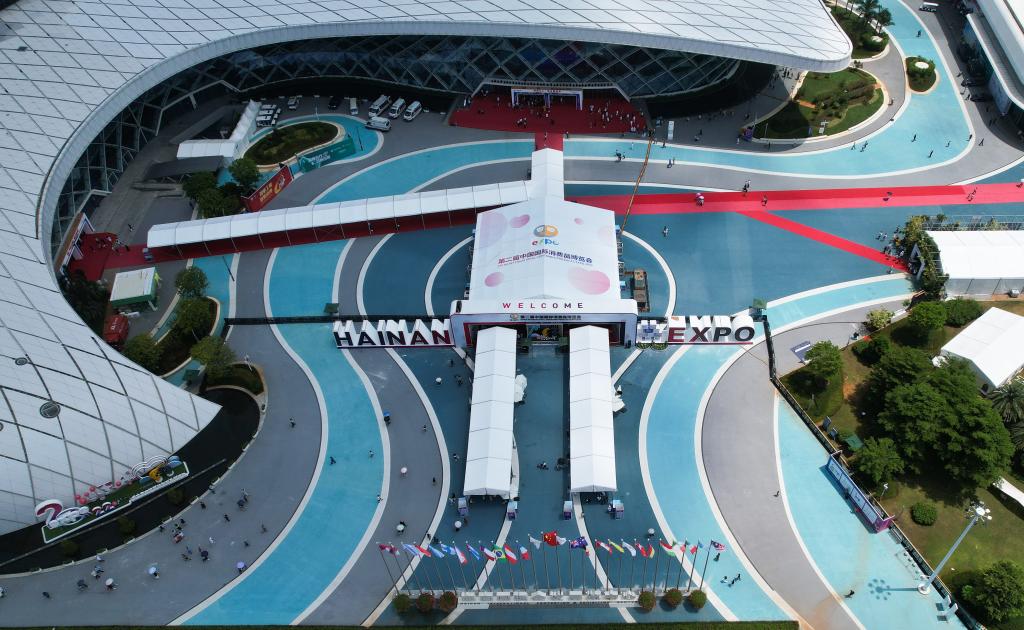 On July 30, the second China International Consumer Goods Expo, which lasted for 6 days, ended, but the story of win-win cooperation continued, and the spillover effect of the “Never Ending Consumer Expo” continued to expand.

China sets the stage, the world choruses—in the past few days, nearly 2,000 companies and more than 2,800 well-known brands from 61 countries and regions have participated in the exhibition, more than 600 global new products have debuted, and the audience has exceeded 280,000 people… Reflects China’s economic attractiveness.

Consumption is a bridge, cooperation and win-win – an open consumer expo is also a grand event for exchanges and mutual learning of diverse civilizations. Under the cold wave of the world economy, China has raised the sails of opening up, shared opportunities with other countries in the world, and worked hand in hand towards a brighter future.

Demonstrate the resilience of a major country’s economy

On the 30th, the closing day of the second Consumer Expo, it is also the second public open day.

Tens of thousands of visitors roamed the exhibition halls; domestic and foreign merchants interacted and negotiated transactions. This economic and trade event with the theme of consumption has become a scene that highlights the vitality of China’s economy.

Building a boat of cooperation, the Consumer Expo will show the broad prospects of China’s economy and market potential——

As the guest country of honor at this year’s Consumer Expo, France has nearly 50 exhibitors and nearly 250 exhibiting brands this year. “For every 3 lipsticks exported from France, 1 is bought by Chinese consumers.” L’Oréal North Asia President and CEO of China Faborui said that in 2021, China will become the largest exporter of French beauty cosmetics, and the group is optimistic about China economic future.

Sharing the consumption feast, the Consumer Expo demonstrates the confidence and strength of the Chinese economy to face difficulties——

Entering the Shanghai Pavilion in the domestic exhibition area, the venue is shaped like a city sightseeing bus, with urban landmarks such as Yuyuan Garden, Nanjing Road, the Bund, and Hongqiao strung together at different stops, showing the charm of this mega-city in China. Although Shanghai was hit by the epidemic not long ago, hundreds of brands still came to the exhibition.

“Consumption is recovering, everything is getting better, and the company’s new pre-made dishes and bakery products are very popular.” At the Yuyuan booth, exhibitor Wang Zheng was full of confidence in future development.

“Consumer Expo has become a bridge to promote the connection of global goods and services.” Tao Kuangchun, Chairman of KPMG Asia Pacific and China, said that the Consumer Expo can not only demonstrate the attractiveness of China’s super-large market, but also build a platform to promote global high-quality products to China. consumer.

Unleash the vitality of the consumption engine

At the new product launch conference site of this year’s Consumer Expo, the debut and debut of beauty, electronic technology, jewelry and other categories were overwhelmed; in the service consumption exhibition area, the consumption experience in the fields of trendy sports, theme parks, health and wellness was very popular; In the life exhibition area, many exhibitors broadcast live, presenting their exhibits to more consumers through the Internet…

New products, new models, and new formats, as well as the optimization and upgrading of consumption structure, add impetus to economic development.

During the exhibition, the China (Hainan) Reform and Development Research Institute’s annual research report on China’s consumption showed that entering a new stage of development, the consumption structure of Chinese residents is upgrading from material consumption to service consumption. It is estimated that by 2025, my country’s service consumption expenditure will account for more than 50%, and by 2035, it will reach 60% to 65%.

People’s demand for a green and low-carbon lifestyle, as well as high-quality products and services, has led to the deepening of supply-side structural reforms and injected stronger impetus into the high-quality development of China’s economy.

From exhibits to commodities, from exhibitors to investors, the business stories of “Originating from the Consumer Expo, Chasing the Dream Free Trade Port” are constantly being staged. In the first five months of this year, 566 foreign-invested enterprises were newly established in Hainan Province, and the actual use of foreign capital was 1.44 billion US dollars, a year-on-year increase of 80.58%.

Behind the “voting with feet” of multinational companies is the firm confidence that has been rooted in the Chinese market for a long time.

In the first half of this year, my country’s actual use of foreign capital was 723.31 billion yuan, a year-on-year increase of 17.4%. The main sources of investment grew steadily, among which the actual investment in the United States, Germany and the United Kingdom increased by 26.1%, 13.9% and 13.4% respectively.

“China has a huge consumer market and growth potential,” said Matthew Margulis, global senior vice president of the US-China Business Council. American companies will continue to work on their development in China to achieve mutual benefit and win-win results.

The Consumer Expo is a grand event for trade, as well as a grand event for cultural exchanges and mutual learning. Different consumer products also represent different corporate cultures, consumer cultures and even national cultures. The exquisiteness of Chinese porcelain, the surging power of Italian sports cars, the pleasant time under the traditional Swiss wooden house… In the exhibition hall of the Consumer Expo, people are constantly exchanging culture and ideas while trading goods and services.

Taking consumption as a bridge, looking for opportunities for cooperation and seeking win-win results. Brands such as L’Oreal and Coty Group said that they will renew the “Consumer Expo” and will apply for a larger booth and bring more products to the show.

The best SUV in the market.. Prices and specifications of the Opel Crossland model 2022

Is the Cayenne Hospital Center facing a new epidemic?