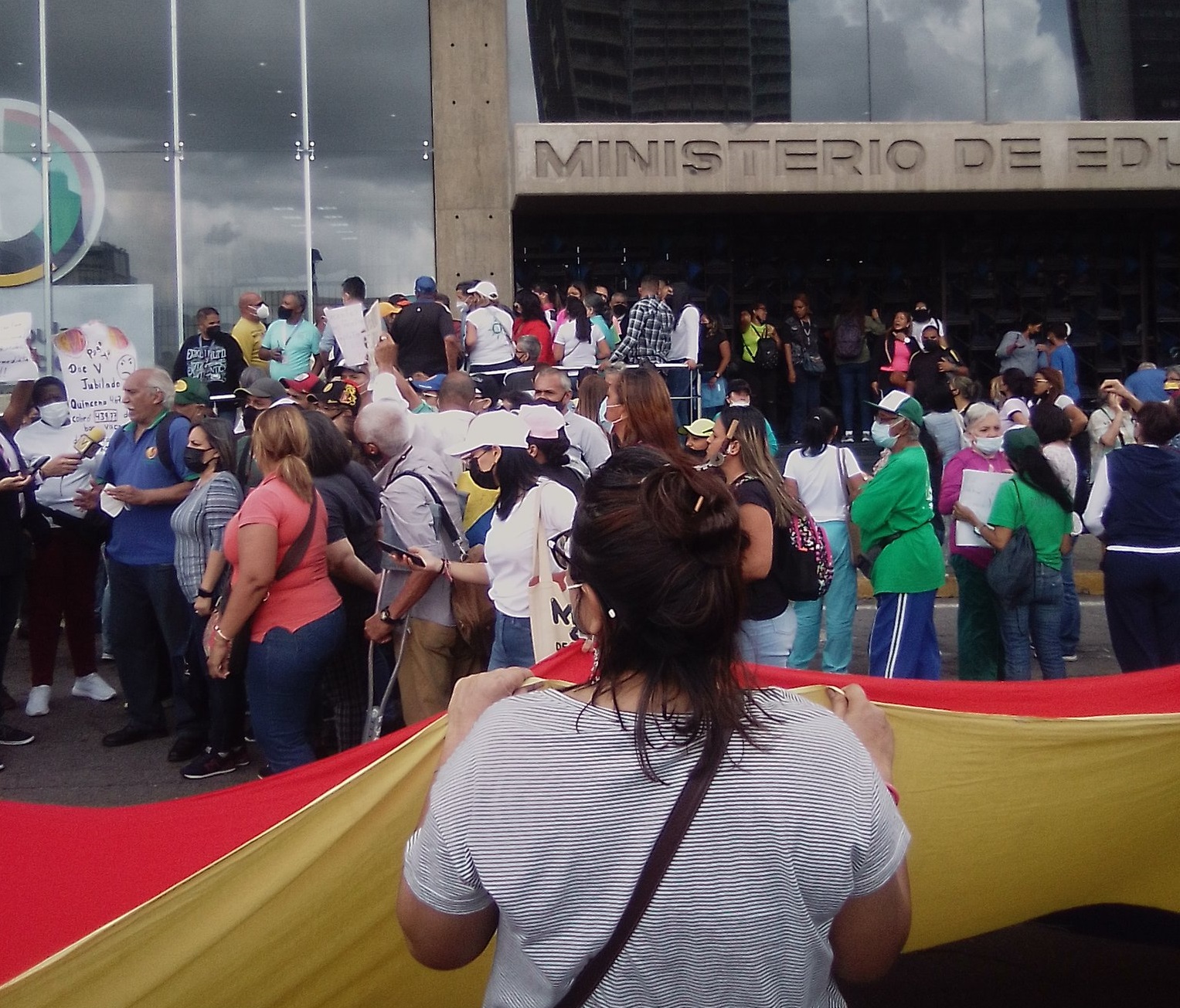 Teachers protested second day consecutive this Thursday in front of the Ministry of Education, in Caracas, demanding the full payment of the vacation bonus and the repeal of the Onapre instructions.

Griselda Sánchez, president of the organization Formation of the Union Leadership, recently explained that they canceled their vacations with December salaries despite the fact that the collective agreement signed that it would correspond to the July salary.

#28Jul Lourdes Ávila has been a teacher for 21 years. She is currently on leave and her salary was suspended. “They are applying abandonment of office to us,” she denounced during the protest in front of the Ministry of Education.@FMCenterNoticia pic.twitter.com/sRttTFNBMg

He stated that teachers, laborers and administrative workers need a salary that allows them to live and that the vacations that correspond to them are not a gift.

The teachers assure that they will remain in the streets until the authorities comply with their demands, and affirm that they will not return to the classrooms if what corresponds to them is not paid.

#28Jul | Teachers from Caracas protest outside the Ministry of Education demanding decent wages and the cancellation of the vacation bonus. pic.twitter.com/tNE6cMPp4u

Protest at the UCV

Members of the National Union of the Association of University Professionals in Administrative and Technical Functions of the Central University of Venezuela (Apufat) also protested this Thursday in the surroundings of that university.

The demonstrators also demanded the repeal of the Onapre instructions, which they claim violates the contractual rights of public workers.

They called for the unity of public workers who have been affected by this situation to continue with the protests throughout the national territory.

Officially.. Find out the new prices for the Kia Sportage 2022