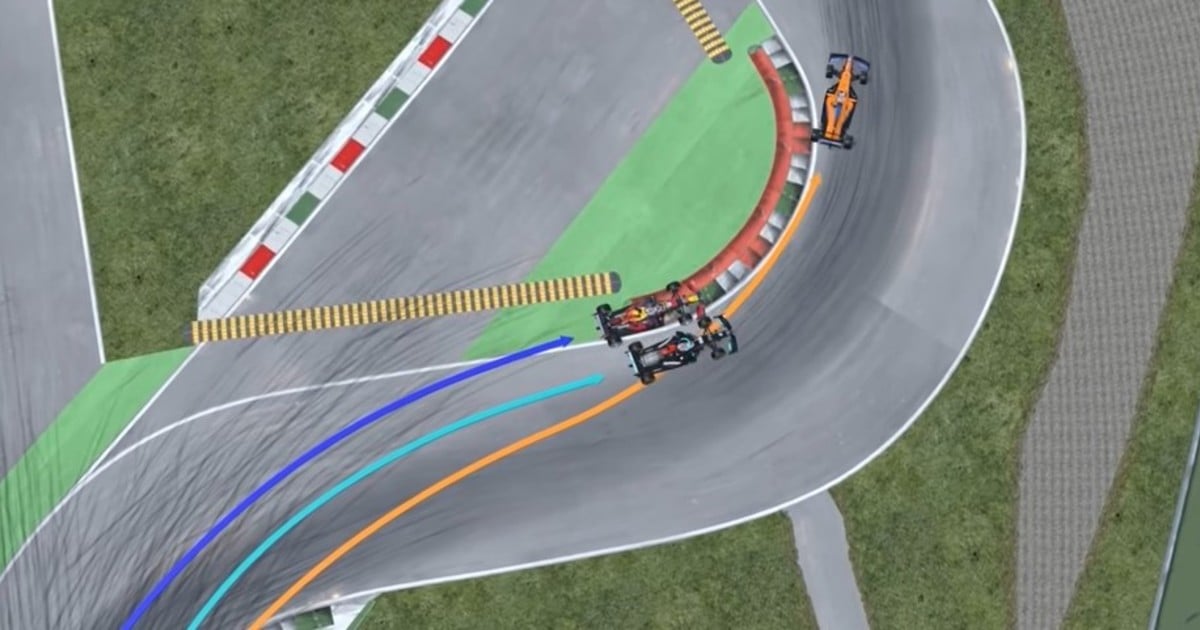 The days pass and new images and versions add controversy to the shock that Max Verstappen and Lewis Hamilton starred on Sunday on lap 26 of the Italian Grand Prix of the Formula 1. This time, it’s about a 3D reconstruction That would agree with the Dutchman, who was also found guilty by the sports commissioners and sanctioned with three places at the start of the next GP, in Russia on the 26th.

According Crashalong, a site that is dedicated to 3D animation and detailed reconstructions of famous motor racing incidents, the responsibility should have fallen on the Briton, who came out of the pits 27 meters ahead of Verstappen but was 60 km / h slower and changed the line of the trajectory to leave no room for his greatest rival for the title.

From the different cameras of the official television and those located in the cars of those involved in the accident and Lando Norris, who was in front of them, it was possible to trace the different trajectory of each one of the pilots.

The first reference is that of McLaren Norris, who makes the ideal turn to take Turn 1 and then, 2. That line is not the one that follows, however, Hamilton, who comes out of the pits in front of Verstappen. On the contrary, the seven-time champion closes and shortens the path to the championship leader, who must then open at the first chicane of the Monza circuit.

The crash occurs when they go out to face the second and, without space after stepping on the pianito, the Red Bull He ends up riding on the Mercedes, with an extra danger, which is more clearly evident in the reconstruction: the right rear wheel of Verstappen’s car hits Hamilton’s helmet before hitting the halo and ending up in the front of the car.

“I’m a bit sore in the neck to be honest, as it landed on my head. But I’m going to be fine. I really appreciate having the halo, because otherwise I would be in a worse position,” said Hamilton after the race on that element. safety added to single-seaters for greater safety in 2018.

“That’s what happens to you when you don’t leave space,” said a furious Verstappen on the radio. Then in the middle DAZN F1 explained: “We already knew that we were going to be tight in Turn 1, that we were very close in braking because it pushed me to the left. I went out at the first corner thinking that I would have room to wrestling into the second corner and he went to the left to strangle me and go off-track. ”

After the crash, of course, both were out of competition, so Hamilton could not deduct points from Verstappen in the championship. With eight dates ahead, the Dutchman leads the standings with 226.5 points, against 221.5 for Hamilton, who is second.

The Red Bull will then have to be aggressive to prevent the Mercedes from taking the opportunity to narrow the gap or, why not, regain first place in Sochi next week.