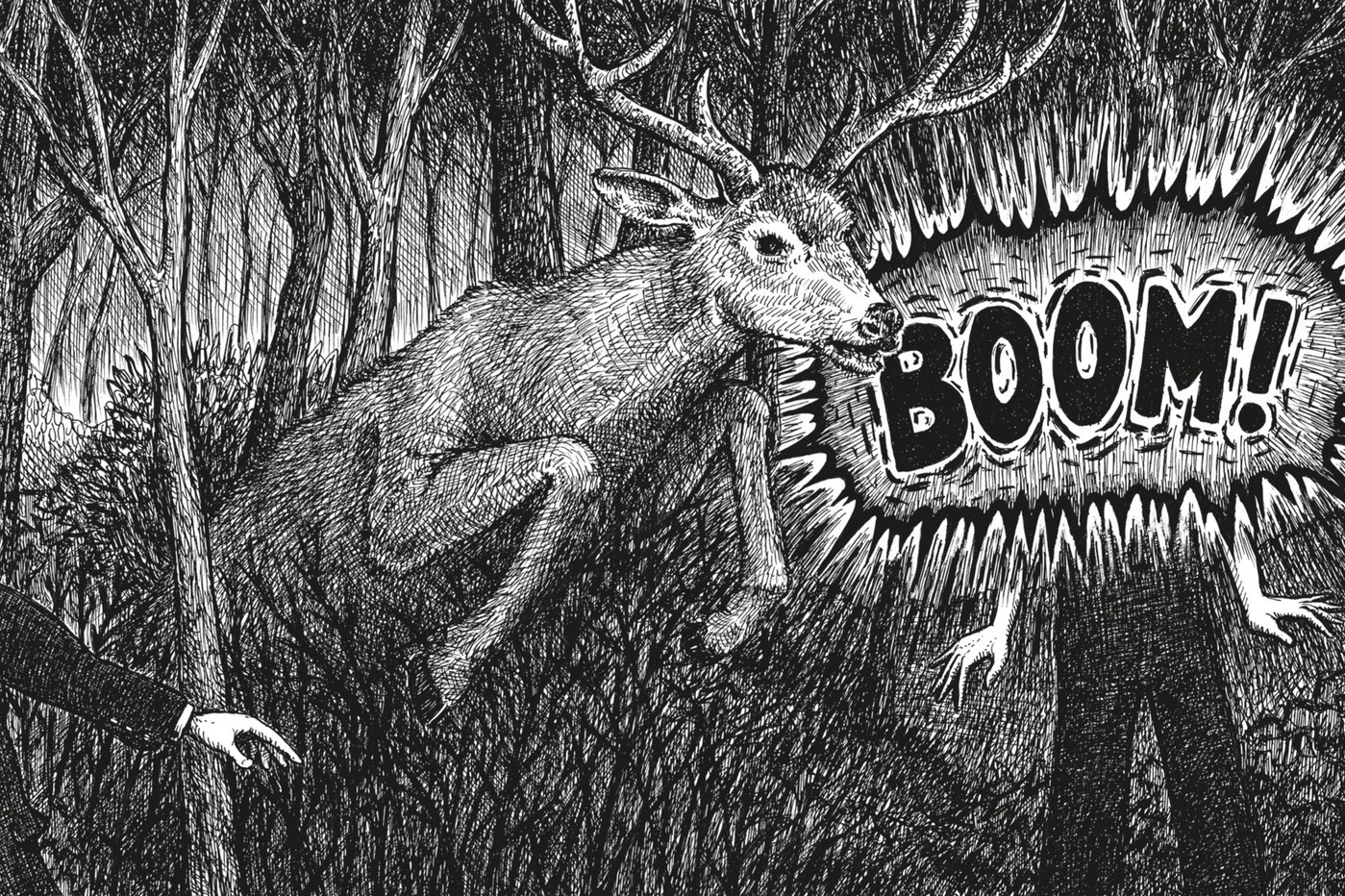 It is the darling of festivals. A few months after receiving the Saint-Malo Festival prize, The hunting accident (Sonatine) on Friday 29 January won the prestigious Fauve d’or, the best album prize awarded by the jury of the Angoulême Festival. He thwarted the predictions which made American Chris Ware’s latest opus favorite, the vertiginous Rusty Brown (Delcourt).

First comic strip by a duo of American authors, David L. Carlson, script, and Landis Blair, draw, The hunting accident, which was among our favorites, is a dark novel with austere graphics that conceals a hopeful story in the working-class neighborhoods of Chicago.

Charlie Rizzo moved there in 1959, after the death of his mother. Picked up by his father, Matt, blind since an unfortunate hunting accident, Charlie helps him write his texts in Braille, inspired by great poets. But the child turns out badly and when the police ring on their door, his father’s secret ends up being shattered. It was actually during a robbery that Matt Rizzo lost his sight …

Inspired by the testimony of a friend, David L. Carlson’s story takes us to the Chicago of the 1940s, under the reign of the mafia, as well as the dismal Stateville prison. This is where Matt Rizzo meets Nathan Leopold, his fellow inmate who, despite his criminal past, will save him from suicide, by teaching him braille through reading Hell by Dante.

As we wrote in The cross January 28, ” “The Hunting Accident” tells how poetry can bring back light, even in a man stranded in darkness. Landis Blair, challenged to represent the unfathomable perception of a blind person, deploys all his talent as an illustrator here. His black and white hatched drawings – which recall the inhabited drawing of Emil Ferris (Fauve d’or 2019) – magnify a story of great power. »

The rest of the list gives pride of place to characters in search of identity. Dance !, by Maurane Mazard (Le Lombard), a pretty emancipation story about a young German dancer who went to conquer Broadway, won the revelation prize. That of the jury goes to Dragman, by Steven Appleby (Denoël Graphic), superheroic quest of a man who in order to steal must disguise himself as a woman. Man skin, by Hubert and Zanzim (Glénat), a libertine tale about a woman capable of transforming herself into a man, adds the price of high school students to its impressive record (half a dozen awards and 100,000 copies sold). Finally, Anaïs Nin, a sophisticated biography with a virtuoso trait of the tormented writer (who raises the question of incest among other things), wins the public’s prize.

The winners of the 48th edition of the Angoulême Festival

Series Prize. Paul at home, by Michel Rabagliati (The Watermelon)

Audacity Award. The Mechanics of the Sage, Gabrielle Piquet (Atrabile)