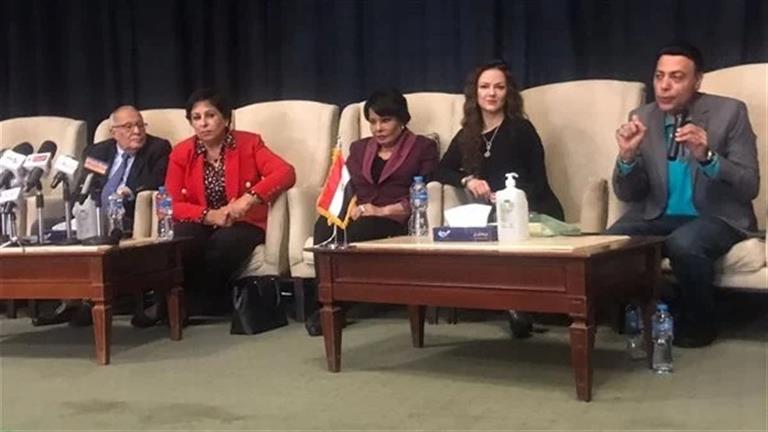 The heroes of the crying laughing series, which ended a few days ago and embody the biography of the great artist Naguib Al-Rihani, attended the honoring symposium that was held for him at the Shooting Club.

Muhammad al-Ghaiti, the author of the work, said during a symposium honoring the heroes of his series: The audience thanks me because the series, The Crying Laugher, brought them back to watch the drama, and they tell me thank you that there is nothing for the family to be ashamed of at work, not a word or a cigarette.

Director Mohamed Fadel revealed that the budget of the series was not as large as the rest of the series, and yet it came out at a high level and befits the name of Naguib Al-Rayhani.

The artist, Ferdous Abdel Hamid, said that she had received positive reactions from the audience, who watched the work, interacted with his latest work, and was affected by his story with his mother and everyone who lived with him.