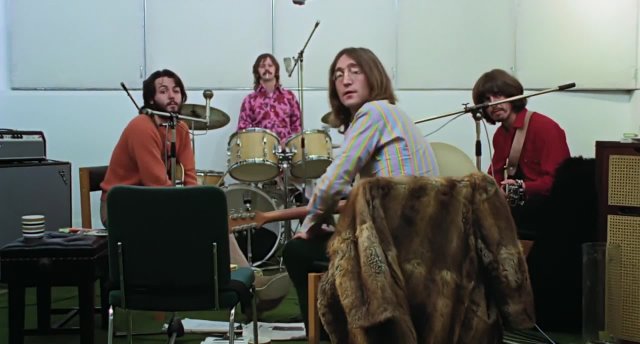 Get Back “takes the audience on a journey through time to the recording sessions for Let it Be in January 1969. The documentary series mainly shows the creative process of the Beatles trying to write 14 new songs in just a few weeks. The pressure The band’s first live concert in over two years is getting more stressful and the friendship between John Lennon, Paul McCartney, George Harrison and Ringo Starr is being put to the test.

The three episodes of the Beatles documentary will be shown for the first time on Disney + on three days, November 25th, 26th and 27th. It was directed by three-time Oscar winner Peter Jackson, who used brilliantly restored material for the intimate and previously unseen recordings.

The final season of The Walking Dead: Glorious farewell or lifeless downfall?


We were allowed to see the first episodes of the final season and reveal how good the entry is and what fans can expect from Rick, Daryl, Michonne & Co.

Black Widow 2: Why Natasha hasn’t had its day


After a total of eleven MCU years, the iconic superhero Black Widow is finally getting her own cinema adventure. We clarify what speaks for a sequel

Get Back was compiled from nearly 60 hours of unseen footage filmed in 21 days under the direction of Michael Lindsay-Hogg in 1969, as well as more than 150 hours of unheard audio, most of which has been in one for more than half a century Safe included.
Peter Jackson is the only person who has had access to this Beatles treasure in the past 50 years. The Beatles’ famous final live concert, which took place on a rooftop on Savile Row in London, will also be shown in full length.

Get Back “is directed by Peter Jackson and produced by Paul McCartney, Ringo Starr, Yoko Ono, Lennon, Olivia Harrison, Peter Jackson, Clare Olssen (” They Shall Not Grow Old “) and Jonathan Clyde (” Eight Days a Week “) , with Apple Corps’ Jeff Jones (“Eight Days a Week”) and Ken Kamins (“The Hobbit” trilogy) serving as executive producers.
Jabez Olssen (“Rogue One: A Star Wars Story”) is the editor of the film, the music supervisor is Giles Martin (“Rocketman”), Michael Hedges (“The Adventures of Tintin”) and Brent Burge (“The Hobbit” – Trilogy) are responsible for remixing the re-recordings, and the music is mixed by Giles Martin and Sam Okell (“Yesterday”).

Supports PC games – it only takes a minute. Thanks!

The corona pandemic is not over yet and even if the situation has eased, we and many other publishers will continue to be directly affected by it. But you can support us in doing our job so that we can continue to accompany you daily with news, articles, guides, videos and podcasts about your favorite games. As a PC games supporter, you help us so that we can do without a paywall in the future and maintain the quality standard you are used to.

We thank you in advance.

The links marked with * are affiliate links. Affiliate links are not advertisements as we are independent in researching and selecting the products presented. We receive a small commission for product sales, which we use to partially finance the free content of the website.