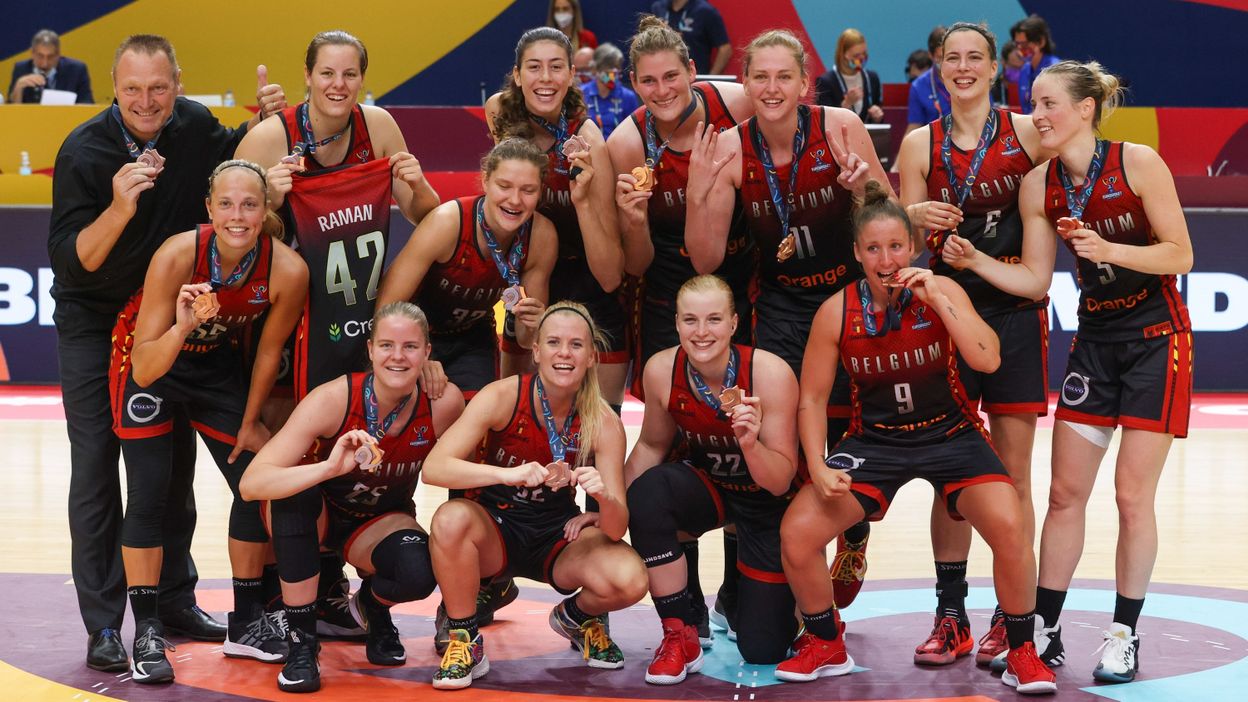 Defeated by a point the day before in the semi-final by Serbia, the Cats showed character to go to win bronze against Belarus. Led by a revengeful Emma Meesseman (21 points), the Cats won 77-69 and won the bronze medal as in 2017.

Unlike the day before, Emma Meesseman goes well in his match and succeeds 4 of his first 5 shots. She trains the Cats well in their match in her wake.

The first significant gap is in favor of the Belgians who lead 19-13 2 minutes from the end of the first quarter on a shoot 3 points from Julie vanloo which will give her confidence after her lack of success in the shoot in the semifinals.

Belgium takes advantage of its strong time to widen the gap and has a ten point lead at the end of the first quarter (23-13).

Belarus put pressure on the Cats in the second quarter and came back to 24-29 with 5 minutes left.

In the final minutes, Belarus returns to -9 but Linskens redo the gap to +11. Belarus tries three-point shots but is not precise enough to come back. The Cats will never be joined and win 77-69.

A huge revengeful Emma Meesseman (21 points and 10 rebounds) well supported by Antonia Delaere (17 points) and Kyara Linskens (15 points) carried the Cats on their shoulders to lead them to victory. Belgium won 77-69 and left with bronze as in 2017.