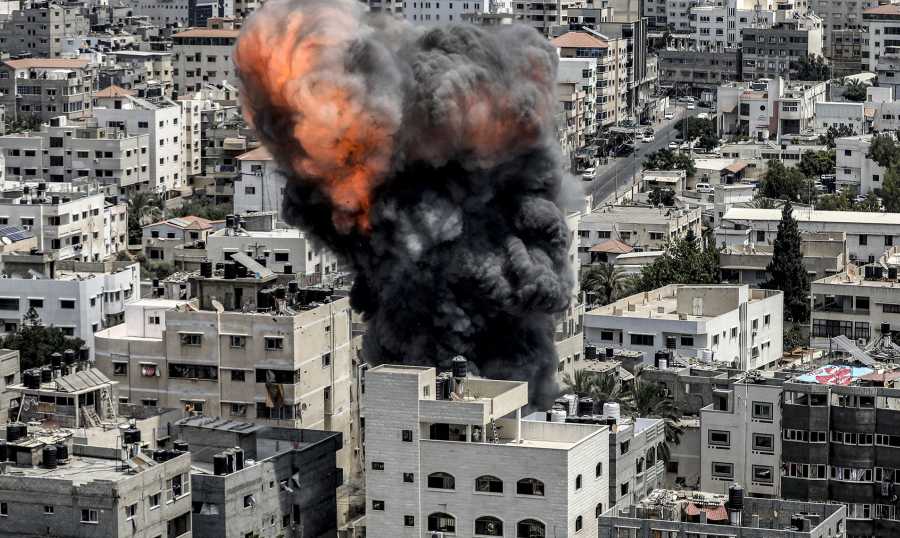 central – Calm prevails today in Gaza after the truce entered into force between the Israeli army and the Islamic Jihad movement in the early hours of the morning following a bloody round of escalation between the two sides that lasted for three days and resulted in the killing of 44 Palestinians. The last hours before the truce witnessed an escalation with the Israeli bombing of two sites in the Gaza Strip, and the Islamic Jihad movement firing rockets at Tel Aviv and Ben Gurion airports and the settlements around Gaza and central Israel, and the Israeli army carried out what it said was a final strike on the Hittin site in Khan Yunis, which is affiliated with the movement. Jihad, while the sirens sounded in southern Israel.

Egypt, the sponsor of the truce, confirmed in a statement that it has intensified its contacts with all parties to contain the current escalation, calling for a “comprehensive and mutual ceasefire”, and stressing its “commitment to work for the release of the prisoners Khaled Awawda and Bassam Al-Saadi.” For his part, US President Joe Biden welcomed the truce, urging all parties to implement it fully. Analysts believe that this latest round of confrontations between Israel and the Islamic Jihad movement is the most intense since May 2021 and confirms that Gaza has become an arena for settling scores again, between Iran on one side and Israel on the other, at a time when Palestinian civilians are paying the high cost of the war. Although the entry of fuel trucks into the Gaza Strip since nine in the morning is evidence of the entry into force of the truce, observers consider that the coming hours will be decisive amid fear of renewed fire, given that the agreement is fragile and could be breached at any moment. Will the cease-fire hold in Gaza?

Retired Brigadier General Nizar Abdel Qader sees through Al Markaziya that “the two sides are unwilling to continue escalation and enter into a war. The interim Israeli government tried, through this military maneuver, to block the way to the possibility of re-electing Benjamin Netanyahu as prime minister of the government. It wanted to say that we, as a new political team, are capable We have to take the decision of peace or war, as we started escalation and the other side responded, so we entered into a military confrontation with it, and we have the ability to put an end to it when we achieve our goals. Therefore, this maneuver is aimed at the elections, to say that Netanyahu is not the only one capable of taking such decisions against the Palestinians.”

On the other hand, Abdel Qader points out that “the general atmosphere suggests that Israel does not want to be dragged into a war at any cost, especially on the front with Lebanon. On the other hand, Hezbollah is trying to benefit at home from its awareness of the Israeli decision to escalate, at least in the media, to confront the campaign.” Which he was exposed to on the issue of sovereignty from the various Lebanese political parties, especially from the Christian side.