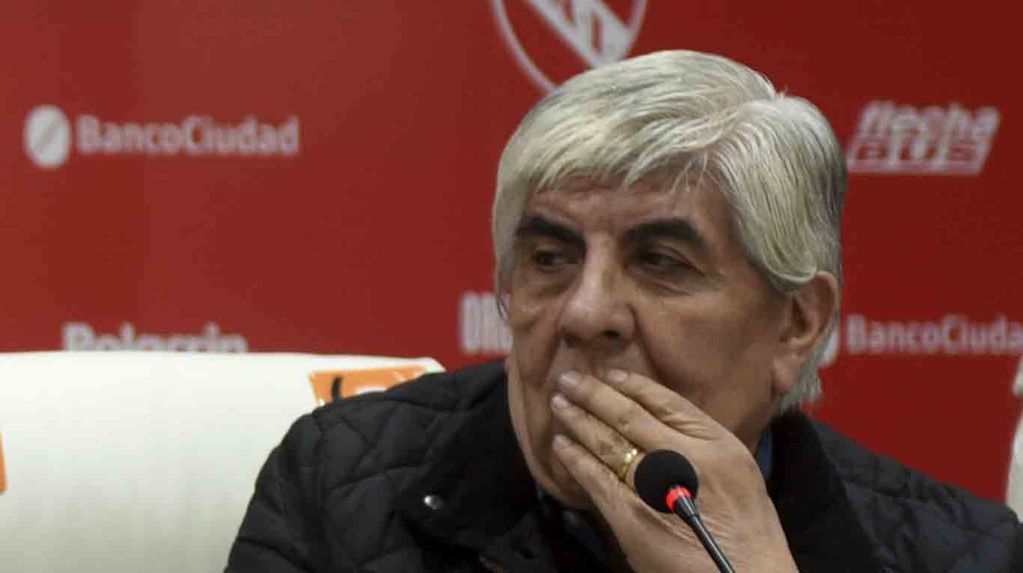 Hugo Moyano announced that he will not stand as a candidate in the Independiente presidential elections that will take place on October 2. In this way, an eight-year cycle of the union leader at the head of the leadership of the Avellaneda club will end.

I also read: Hugo Moyano disassociated himself from the incidents in Independiente: “The opposition brought bars to take over the club”

Together with Moyano he will also leave Hector “Yoyo” Maldonadothe current secretary general and one of the people with the greatest influence on decision-making within the institution in recent years.

The current president of the Red confirmed in a meeting with other members of the Board of Directors that he will not head or be part of the official list in the next elections. This was reported by the journalist Gastón Edul, who follows the day to day of the club.

At the moment it is unknown who will be the presidential candidate who will lead the current leadership. The truth is that the “Independent Association” list will present itself and compete against the two opposing lists.

End of an eight-year cycle

Hugo Moyano assumed his first term at the helm of Rojo in July 2014 after winning the elections with almost 70% of the vote. The club had just achieved promotion to the First Division after a series of years of institutional and sports debacle.

The union leader renewed his mandate in December 2017. In those elections he swept and obtained 89% of the votes.

Independent will have elections on Sunday, October 2

Independent already has an election date: Sunday October 2, the partners will be able to vote for the next president of the Avellaneda institution. The elections, which were suspended since December of last year, finally have their schedule defined.

With a strong police presence, the three groups that will participate in the next elections met on Wednesday afternoon at the Avellaneda headquarters with the Electoral Board to discuss various issues. There was an official date set for the elections.

Three lists will compete to win the elections: the officialism (already without Hugo Moyano) and the two opposition groups, one headed by the journalist Fabian Doman and another for Claudio Rudecindo.

On Tuesday of next week there will be another meeting, where the last details will be adjusted and the members of each list will be defined. It will also be known how many partners are enabled in the register: in principle it would be 55 thousand.