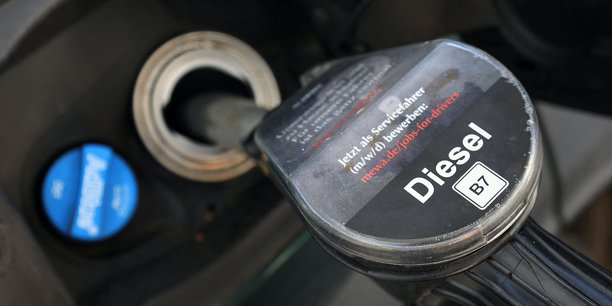 As a result of the war in Ukraine and the sanctions applied by Western countries, crude oil production in Russia – one of the world’s top three producers with Saudi Arabia and the United States – plunged in April when that it had remained rather stable in March, after the invasion of Ukraine decided by President Vladimir Putin. “Much less crude oil has been refined due to weak exports of petroleum products and falling domestic demand in the wake of Western sanctions”indicates the International Energy Agency (IEA), in its monthly report published Thursday.

The agency estimates at 960,000 barrels per day over one month the drop in production of crude, condensates and NGLs (natural gas liquids), which fell to 10.4 million barrels per day (mb/d). This is the lowest level since November 2020. For crude production alone, the drop is 900,000 b/d to return to 9.1 mb/d, i.e. 1.3 mb/d less than the production quota granted under the OPEC+ agreement.

Rosneft, the most affected company

According to the IEA, Rosneft, the leading Russian oil company, was the most affected by this fall in production. Added to this are the productions disrupted by the withdrawal of foreign companies, such as Exxon Mobil, which under the pressure of sanctions is seeing its production of 300,000 b/d on the Sakhalin-1 field seriously impacted, pending its total withdrawal from the country.

The effects of the sanctions – even though the European Union has been discussing an embargo on Russian oil imports for weeks without reaching an agreement – added to the lack of storage capacity which is forcing Russian producers to close wells, should lead to a further drop in production in April, of 600,000 b/d, estimate IEA experts.

Cumulatively, since February, Russia has seen its extractions fall by 1.6 mb/d, a level that could reach more than 2 mb/d in June and nearly 3 mb/d in July. Finally, production could fall to 9.6 mb/d, its lowest level since 2004, indicates the IEA, which, cautiously, recalls that these are estimates likely to be modified according to the evolution of the situation.

This loss of Russian production contributes to the decline in world crude oil supply by 710,000 b/d, to 98.1 mbd. Some of this is offset by higher supply from OPEC+ producers in the Middle East and the United States as well as slower global demand growth. Excluding Russia, production is in fact expected to increase by 3.1 mbd in May.

“Crude prices declined 8% month-on-month, due to an outlook of weaker Chinese demand driven by Covid-19 lockdowns, coordinated actions in the use of strategic stocks and a strong appreciation of the dollar and rates. higher interest”OPEC experts point out in their latest monthly report, published on Thursday, noting that market fundamentals show that supply is still tight as we approach the summer season, which corresponds to a peak in the fuel request.

Even more critical is the situation of refined petroleum products, particularly diesel, whose stocks have fallen to extremely low levels. Those of middle distillates fell to their lowest levels since April 2008. The agency reports that shortages are beginning to reduce transport in several African countries, with a more alarming situation for Yemen and Sri Lanka.

“Limited additional capacity in global refining, as well as reduced exports of heating oil, diesel and naphtha have added to tensions in markets for these products, which have seen seven consecutive quarters of inventory reductions”underlines the IEA.

The case of diesel is emblematic. Since their March 2020 lows, prices in Northern Europe have quadrupled (see chart). The Old Continent has a large diesel vehicle fleet but has not adapted its refining capacities for years to meet this specific demand, forcing it to rely on imports. However, the first supplier of diesel for Europe is Russia whose market, with the sanctions, is closing.

Finally, another source of tension, refiners, particularly in the United States, have in recent months favored the production of kerosene with more attractive margins to meet the demand induced by the resumption of air traffic, which was done in detriment to diesel production. By way of comparison, if we include the refining margins, for a barrel of WTI oil in the United States, which was close to 110 dollars on Friday, a barrel of diesel is equivalent to more than 250 dollars!

‘Montana Story’ review: A domestic drama in the land of Big Sky – Reuters

Football player Tarasov spoke about the difference between Buzova and Kostenko