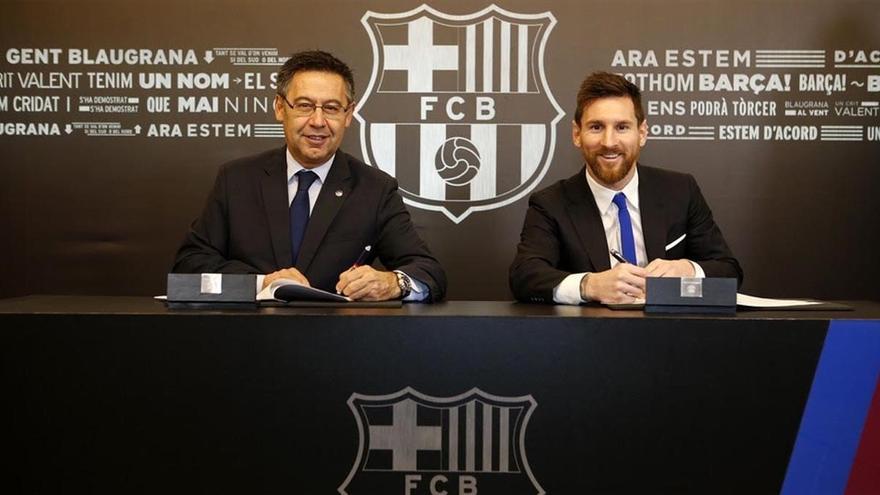 The newspaper The world has uncovered in detail Leo Messi’s contract with Barça. According to your information, the renewal signed in 2017 has a cost for the FC Barcelona of 555,237,619 gross euros paid in four seasons, until the current one, 2020-21.

At the moment, the Argentine has already collected more than 511 million euros, that is, 92% of what he could enter. The annual remuneration represents 138 million euros gross, which is equivalent to 74 million euros net for the player. A day, it would be 210,297 euros net.

???? Cover of EL MUNDO for Sunday, January 31. Now available in Orbyt and in our digital edition with the best information #ContratoMessi pic.twitter.com/7eSiodkSCb

These figures were agreed in the last contract that Messi signed with Barça on November 25, 2017 and with Josep Maria Bartomeu President. The document has 30 pages divided between an employment contract and an image rights contract. On behalf of Barça, Bartomeu was signed by the former sports vice president, Jordi Mestre, and the CEO, Òscar Grau. With that new contract, which Messi took to sign, the termination clause went from 250 million to 700 million.

The contract is full of variables. If you play 60% of the games, you receive 1.6 million euros. The same amount if Barça qualify for the Champions League. If the Catalans access the round of 16, 946,305 euros; to the quarterfinals, 1,419,458 euros; to the semifinals, 1,419,461 euros if it is a finalist. If Messi wins the Champions he adds 3.5 million euros, something that has not happened since he signed in 2017. If he is a league champion, he is entitled to 2.3 million euros (he has done it twice) and if he is a champion of the Copa del Rey , 591,000 euros (has done it once). In terms of variables, Messi has already earned 25.3 million euros.