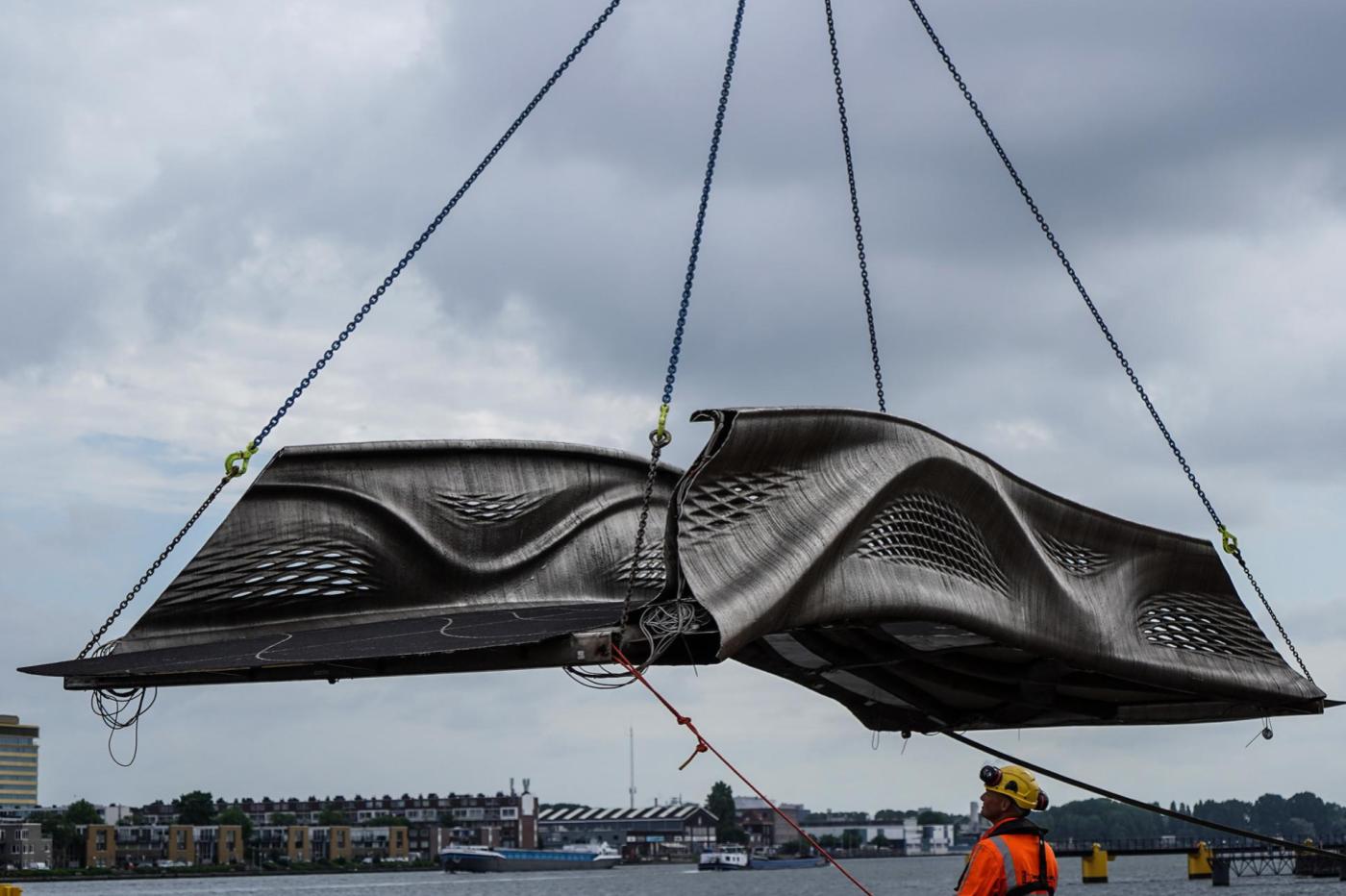 The bridge spans the Oudezijds Achterburgwal canal, right in the center of Amsterdam.

Imperial College London has installed the first steel bridge entirely produced with 3D printers in Amsterdam. The structure required six months of intensive work and 4.5 tonnes of stainless steel for its “casting”. If several structures have already been built with 3D printers, this is the first steel bridge built with one of these machines. “A metal structure strong enough to withstand pedestrian traffic has never been built before”, explains Prof. Leroy Gardner, who oversees the project.

Although it has caused a lot of talk in the Netherlands, the bridge in question will nevertheless remain a subject of study. Packed with sensors, it communicates in real time a lot of information on its structure and the external environment. The scientists who designed it will especially observe its reaction to temperature changes. Passers-by will be able to pass over it without danger. However, the bridge will only remain over the Oudezijds Canal for a period of two years. This is truly a pilot project.

If Imperial College London does not reveal the cost of the project, we guess it pharaonic. 3D printing is an economical alternative to other construction methods, but setting up such an ambitious project remains costly, especially in terms of research and development. A lot of staff worked on this project, studies were carried out and a lot of electronic equipment is integrated into the structure. In the long run, however, constructions made using 3D printers should be much more affordable.