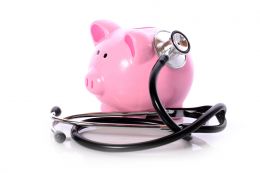 BUENOS AIRES CITY (ANDigital) The national government authorized an increase in prepaid medicine, after almost a year of freezing rates in the framework of the economic emergency to which was later added the health emergency from the coronavirus pandemic.

The increase will be staggered in two installments: the first of 15%, in November, and the second of 10%, in January 2021.

The last authorized increase was in December 2019, and was 12%, and from there the representatives of the sector assure that their costs increased by 30%, so that the accumulated 25% as of next January would not be enough to cover the increases in inputs and wages that they claim to have endured.

They argued that the increase was 30% and not 54% thanks to the financial assistance of the national State through the ATP Program, for which the State pays part of the salaries since last March, while reducing by 95% the employer contributions and a lower rate was set for the payment of the tax on debits and credits.

The loss of registered jobs, added to the fall in the income of wage earners and independent workers –which has had a carry-over effect since the beginning of 2018–, affected the invoicing of prepaid which, on the one hand, saw their membership list diminish and, on the other, it suffered modifications in family fees, which were moved to cheaper plans.

Everything, however, is subject to the approval -or not- of the Superintendency of Health Services, since it is a service regulated by the State, and there is a nodal point: before each increase in fees, it was established that each affiliate is informed of any change 30 days in advance, something that clearly will not happen here. (ANDigital)

See Also:  Increased uric acid value: who gets gout and why