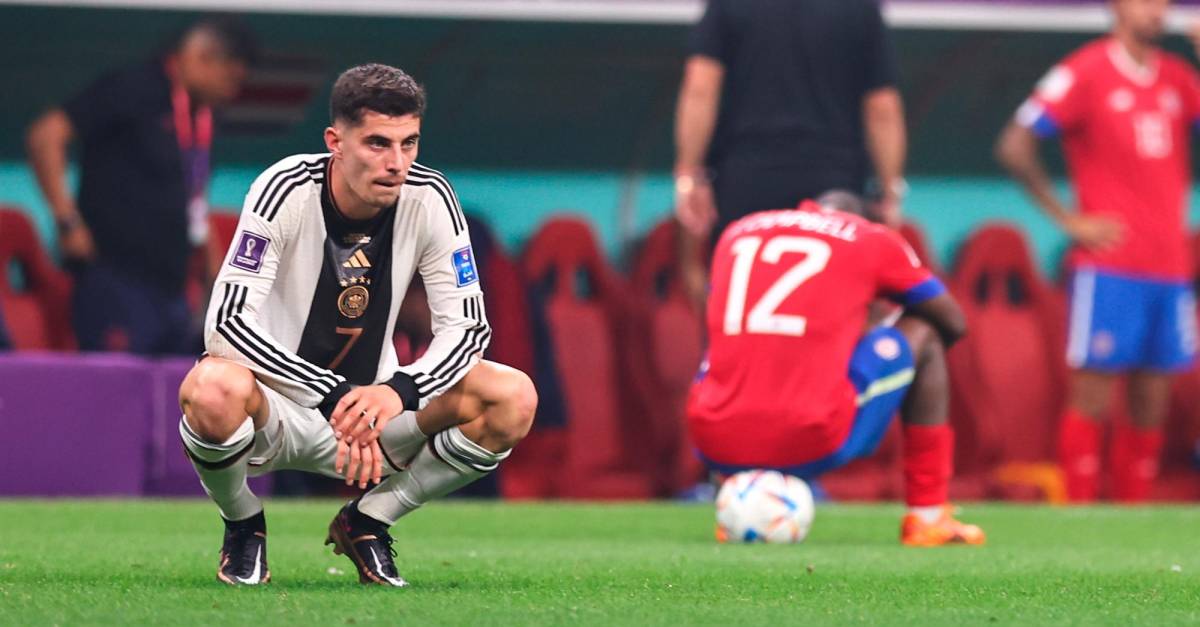 The elimination of two title candidates, Belgium and Germanymarked the twelfth day of the World Cup, which this Thursday had the last date of the Groups E and F.

The Teutonic team, four times world champion, was left in debt in this edition. After emerging as champions in Brazil in 2014, where they defeated the host in the final (7-1), they were eliminated consecutively in the group stage, both in Russia 2018 like in Qatar 2022.

The victory (4-2) against the Costa Rican team, which made her suffer more than expected, was of little use to her, since the four points she accumulated were insufficient against Spain’s good goal difference (+6), which added the same points but surpassed it by five scores.

“It is an absolute catastrophe. It is incredibly bitter, because our result could have been enough. It’s a feeling of helplessness”, said the veteran German striker. Thomas Muehle at a press conference.

The attacker recognized the shortcomings shown by his team, which on the first date was surprised (2-1) by Japan and in the second he could not get past a draw (1-1) against Spain. “We have many qualities, but we did not play at our level in these three games,” he agreed.

Suárez, with his “head held high”

For his part, the Colombian coach Luis Fernando Suarez He was satisfied with the decorous farewell to his team: “They beat us well, the group gave everything. You have to appreciate what Germany is. Being in a World Cup and seeing what he showed Costa Rica, It gives me peace of mind that the group can stand with their heads held high, their heads up, looking at everyone without any problem”.

meanwhile, so unexpected japan he beat the selected iberian (2-1), secured first place in the group, with six points and relegated those led by Luis Enrique to second place, who also put their presence in the next phase at risk, in the partial victory of the Ticos.

The coach of the Spanish team acknowledged that after the defeat against the Japanese team he had a bitter taste.

“At the break we talked about how they are going to come to attack, that they have nothing to lose and we have not been able to manage it, we have gone into collapse mode, and if they had to score two more goals for us, they would have done so. I have nothing to celebrate,” he expressed.

Thus, Spain will have a lot to improve before next Tuesday’s commitment (10:00 am) against Morocco, leader of Group F (7 points), ahead of Croatia (5), which finished second after beating Canada 2-1 on Thursday.

The Belgians, who arrived at the World Cup with the label of favourites, they were very far from it and on the contrary they are one of the great disappointments of the contest.

They said goodbye to this edition with only four points, after draw 0-0 against Croatia, current runner-up in the world, that although he is also in debt, he managed to move forward.

Moroccos certified their presence in the round of 16 with a 2-1 victory against Canada, a cast that did not add during their stay in Asian territory, despite dominating the CONCACAF qualifiers

Why is it important to eat carbohydrates and choose the best ones to have a healthy diet?