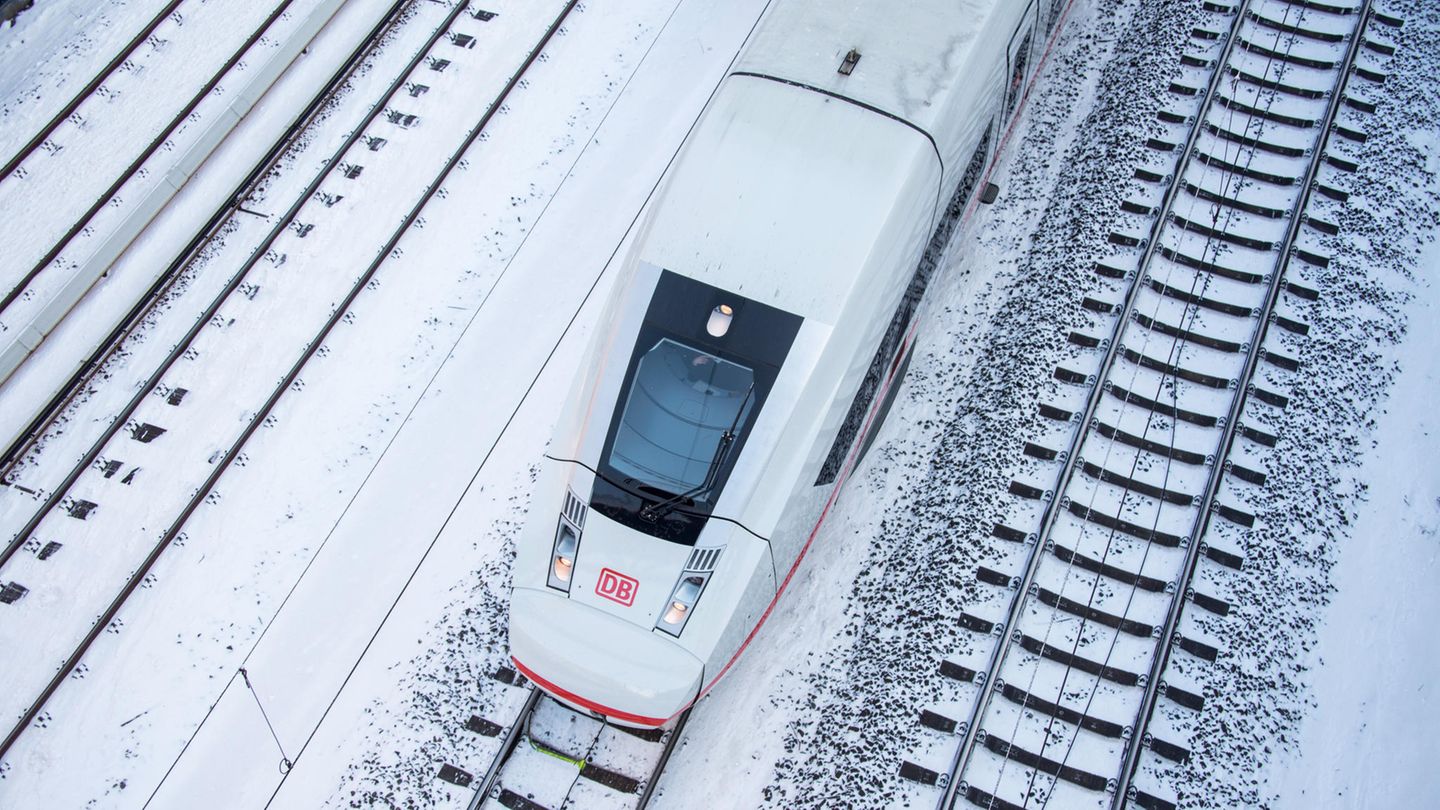 High-speed trains
The ICE took off 30 years ago

The “flagship” of Deutsche Bahn turns 30: at the end of May 1991 the first ICE express train was officially inaugurated. Successes, but also a severe catastrophe, have shaped his decades to date.

When it comes to the names of his three “children”, engineer Peter Lankes has it easy: They are called Intercity-Express 1, 2 and 3 – better known by their common abbreviation: ICE. The oldest of them celebrates his 30th birthday this Saturday. The first high-speed train in Germany was inaugurated on May 29, 1991 with a rally to the newly built long-distance train station Kassel-Wilhelmshöhe.

A few days later, on June 2, the ICE1 was first used in scheduled service from Hamburg to Munich. The train reaches a top speed of 280 kilometers per hour. Germany had finally arrived in the age of high-speed rail traffic.

“I felt as if my own child was going to school,” says Lankes of the days. As a project manager at Deutsche Bahn, the now 70-year-old helped design, develop and drive the first three ICE generations. He was on board on the maiden voyage of the ICE1, and was on the control lever himself on the first scheduled trips of both the ICE2 and the ICE3.

Successes such as the arrival of the first German high-speed train in Paris in June 2007 were among the defining moments of his time on the railway. This also included the greatest catastrophe in the history of German railways, the ICE accident in Eschede in Lower Saxony with more than 100 deaths a year 1998.

Lankes came to what was then the Federal Railroad in 1982 and moved to the Federal Railroad Central Office in Munich in 1985. There he initially joined the project management team for the ICE prototype ICE-V and was part of the ICE1 from the very beginning. “The main focus of the ICE1 was on developing the driver’s cab and the dining car,” he says.

Ten years after the TGV

While the technology group Siemens is building the ICE trains as general contractor today, the threads were still running at the Bundesbahn itself. “At that time there was a strong fragmentation of the rail vehicle industry and therefore simply no German company that would have been able to build a complete ICE on its own,” emphasizes Lankes. “But that worked so well, there was a clear team spirit in the team.” France had already put its high-speed train TGV into operation in 1981. “Industry, the railways and politics all had an interest in getting things going in Germany as well,” says the engineer.

Milestones in long-distance transport: 30 years of ICE in pictures

The infrastructure also had to be expanded. “Up until 1991 we had practically no high-speed lines for the railways,” says Andreas Geißler, advisor for transport policy at the Allianz pro Schiene interest group. The first high-speed lines Stuttgart-Mannheim and Hanover-Würzburg were built for the start of the ICE.

In addition, there was a lack of electricity in Germany, which was only recently reunified: “The first ICE trains were of course purely electric and could not get to the east at all because the overhead lines were missing,” says Geissler. Berlin was not connected to the route network until 1993.

The state-owned Federal Railroad had also neglected rural areas for years, dismantled numerous lines and withdrew from the area. With the beginning of the high-speed era and, not least, the realignment of the railway as a private company in 1994, this gradually changed. “To this day, however, many neighboring countries have implemented the expansion of the rail network faster than we have,” says Geissler.

That is still a problem for politicians, but also for Deutsche Bahn today. The fourth generation of the ICE is now in use. The group is preparing the so-called Deutschland-Takt: It should not only reduce travel times on the important high-speed routes, but above all better link long-distance traffic with the area and increase the share of rail in total freight traffic. Federal Transport Minister Andreas Scheuer (CSU) is also campaigning with other countries to strengthen trans-European traffic with new connections and more night train lines.

Critics fear that the current infrastructure is not sufficient for this. Unlike in France, for example, where the express trains run on their own routes, long-distance, regional and freight traffic share the tracks in Germany. The federal government is investing billions in modernizing and digitizing the existing network. From the point of view of the skeptics, however, he does not spend enough money on new routes.

For too long, transport policy in Germany has been dictated by the car lobby, says rail engineer Lankes. He calls Scheuer’s plans “encouraging”. How and when they will be implemented remains to be seen.

Lankes still enjoys traveling in the ICE trains he helped build. “When I get on an ICE1 as a passenger, there is a familiarity, like a kind of living room,” he says. Incidentally, one of the five ICE1s at the maiden rally in May 1991 arrived at their destination a quarter of an hour late – with Federal President Richard von Weizsäcker on board, of all people. This should also sound familiar to many rail customers.

– Train delayed – Your money back: These are your rights as a train driver

– The disaster of Deutsche Bahn: “The situation is much more depressing, much worse”

– Trans-Europ-Express TEE 2.0 Back to the future with the night train