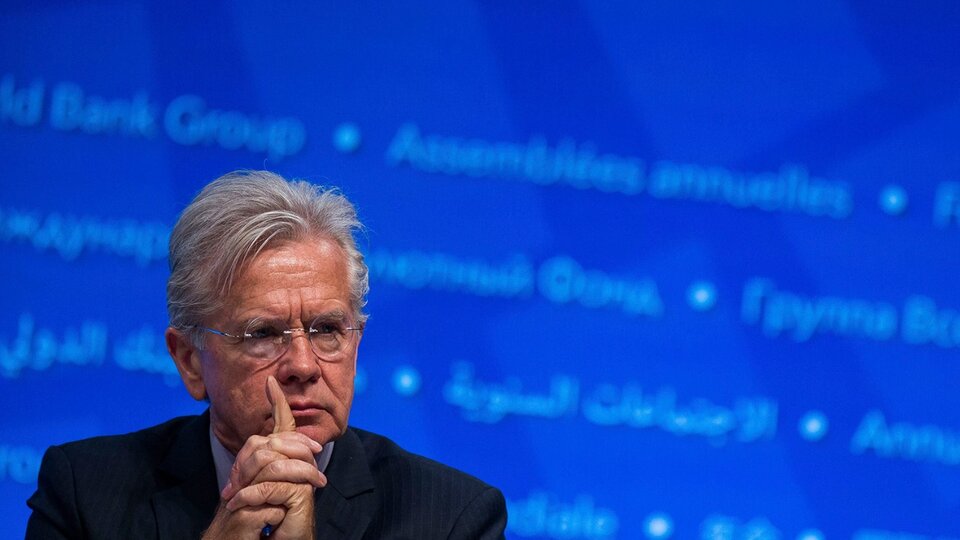 The International Monetary Fund (FMI) confirmed through its spokesman, Gerry Rice, that the objectives agreed in the program for Argentina “remain unchanged”, prior to the first revision of the agreement, and maintained that the technical teams “were working virtually ” and “there was good progress in the talks.”

“I would characterize the status of discussions on the first review as good progress being made”Rice said this morning at a press conference, while stressing: “We hope to communicate soon about the conclusion of the mission.”

The IMF spokesman stated that “the objectives remain unchanged”, because the Fund intends to “prioritize the policies that allow compliance with the objectives and goals of the agreement”.

“Both technical sides were working virtually. There was good progress in the talks and the conclusion of the mission will be very soon,” said Rice, who is in charge of communication for the organization led by Kristalina Georgieva.

Also, he stressed that “the economic program is maintained”, and pointed out that “the minister (of Economy, Martín) Guzmán, assured that the program works as an anchor”. In addition, he affirmed that “the Resilience and Sustainability Trust is becoming under way”, which will enable lines with a 20-year repayment term and 10 grace periods, and for Argentina it would represent access to US$ 1,300 million.

The government does not question Rice’s statements, given that from the beginning it was said that goals would be analyzed in the event of sudden changes in variables, but that this would not happen in the first instance. According to sources from the Casa Rosada, the central idea of ​​the Executive led by Alberto Fernández is to maintain the same goals of accumulation of reserves, fiscal result and monetary financing to the Treasury. They detail what the fine data that this should be given because it is considered that these goals are appropriate for there to be continuity of economic growth and inflation can be attacked.

In Guzmán’s environment -which will be part of the event organized by Gerardo Martínez, from the UOCRA, at the Esteban Echeverría campsite with the aim of supporting the Fernández government- they observe that, initially, the first two reviews of the multilateral organization on the numbers of Argentina will be approved. And that the most complex would come only next year.

For his part, Rice was also consulted about inflation data and other variables affected by the war between Russia and Ukraine. Rice considered that the Argentine Government and the Fund will seek to “prioritize policies as necessary to guarantee compliance with the objectives and goals of the program”. According to Rice, “the (Argentine) authorities remain committed to the implementation of the program; it is their economic program and, in this context, to guarantee that the agreed objectives can be met.”

These words of the spokesman are in the same vein as those said by the Argentine official and by the director of the Fund’s Western Hemisphere Department, Ilan Goldfjan, during the press conference given after the Spring meetings held in Washington. “We are working very closely with the authorities to prioritize the policies” that will allow compliance with the goals, Rice emphasized, without specifying the date on which the first review will end. In the Government they estimate that these data could be in the first week of June.

On June 21 and 22, Argentina faces maturities with the IMF for 2,690 million dollars. Argentina awaits the successful completion of the first review in order to receive the disbursement of 4,100 million dollars provided for in the agreement.

Part of the lineup of games available on the new “PlayStation Plus” service has been revealed! – funglr Games