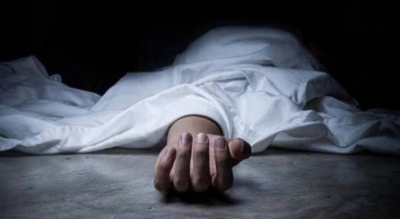 Al-Marsad newspaper: The Egyptian Ministry of Interior revealed the mystery of finding the two bodies of a woman and her daughter in a mountainous area in the Red Sea Governorate.

The Egyptian security services arrested the suspects in the crime, as it was found that the victim’s husband and brother were behind the incident.

A statement issued by the Ministry of the Interior, today, Saturday, included details of the incident, which relates to a report by the Ras Gharib Police Department in the Red Sea Security Directorate that two bodies “wrapped with two sheets” were found in a mountainous area, one of them bearing signs of stab wounds to the chest.

Investigations led to the identification of the two victims, and it was found that they are “a housewife and her daughter”.

A criminal investigation team was formed with the participation of the Public Security Sector and the Criminal Investigation Department of the Red Sea Security Directorate. Its efforts concluded that the first husband and his brother were behind the incident. After legalizing the procedures, they were targeted, which led to their arrest.

Confronting the defendants, they confessed to committing the incident, as one of them assaulted the second victim with a white weapon, and the other stifled the first victim’s breath until they died.

Their bodies were disposed of at the place where they were found, due to disagreements between the victims and the mother of the accused, and legal measures were taken.

The future of the country! The entire promotion of a school entered the Universidad del Callao | Society

Where the trees fell during a thunderstorm in St. Petersburg on August 6, 2022 – Incidents – Saint-Petersburg News