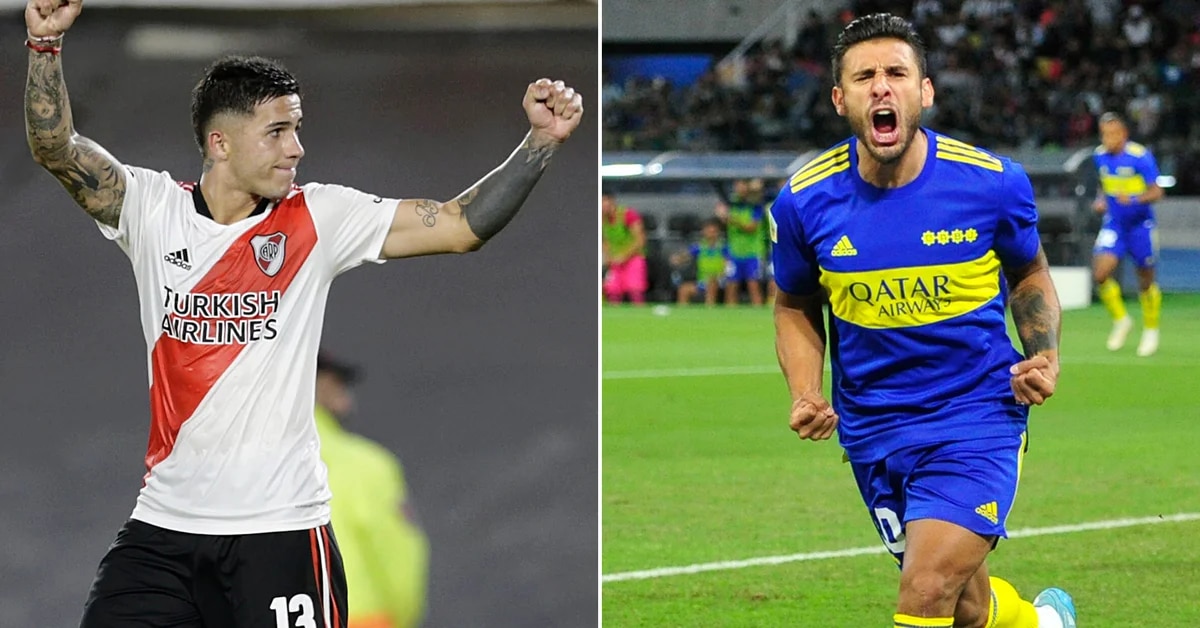 River and Boca, for wins that ensure qualification for the final phase of the League Cup

River and Boca will be the main entertainers on Saturday in the League Cup. By Date 13 of the contest, the Millionaire will lower the curtain on the Saturday action against Sarmiento in Junín (from 9:30 p.m.), while the Xeneize will act in the Bombonera against Barracas Central (from 7:00 p.m.).

Although both attend international affairs for their participation in the Copa Libertadores (River comes from beating Colo-Colo in Chile y Mouth to lose with Corinthians in Brazil) and that they will play with one eye on their commitments next week (those from Núñez will travel to Fortaleza and those from La Ribera to La Paz to clash with Always Ready), today they will have important dates with which they could seal their qualification to the next round of the national competition. What must happen for them to ensure their presence in the quarterfinals of the domestic championship?

WHAT DOES RIVER PLATE NEED TO QUALIFY FOR THE FINAL STAGE

The Millionaire will have a transcendental duel tonight in Junín. It is that it will be measured with one of its direct rivals for the classification to the next round. The Newell’s loss to San Lorenzo It relieved Núñez, but a setback could complicate the lives of Marcelo Gallardo’s men.

If Sarmiento beats River, he will surpass him in the table that has Racing as the leader. And on Monday Argentinos Juniors could also cross the River Plate line if they beat Platense in Vicente López. That is to say that a fall of the Band would leave him virtually in fourth place along with Newell’s, although with a better goal difference.

It is worth mentioning that on the last date, River will be measured in the Monumental with Platense (before, on Thursday, May 5, he will visit Fortaleza in Brazil for the Libertadores).

The only result that helps River to qualify for the League Cup quarterfinals today is to beat Sarmiento de Junín. If that happens, and also Argentinos do not beat Platense on Monday, they will secure one of the first two places in the area to define the series as local (except that on the last day the Millionairewith a goal difference +11, was beaten by Platense and Newell’s, with +4, beat Gimnasia in La Plata).

WHAT DOES BOCA NEED TO QUALIFY FOR THE FINAL PHASE

positive for him Xeneize is that he will go out to play with several results from the others involved in the fight for qualification for the quarterfinals of the League Cup. Last night Aldosivi fell 2-1 with Estudiantes in La Plata and today Tigre will visit Vélez (from 4:00 p.m.). In addition, in unison, Colón will appear before Arsenal in Sarandí. Sebastián Battaglia’s team depends on itself to confirm his presence in the next instance tonight at the Bombonera.

Boca is 5 points ahead of sabalero and the Handsome, who are in fifth place. With a draw today, those from Ribera will be potentially reachable by Tigre, Aldosivi and Colón. In such a case, they would not yet seal their classification, unless the Santa Fe residents do not win. In addition, they would miss a good chance to aspire to second place in Zone B, which would allow them to define themselves as locals for the quarterfinals. If he Xeneize loses, Barracas Central will be only two points awayremembering that those from Battaglia will visit Tigre in the last one.

The only result that allows Boca to qualify today for the League Cup quarterfinals without depending on other results is to beat Barracas Central in La Bombonera. If that happens and Tigre also loses to Vélez in the first turn, the Xeneize will secure second place in the group to define the quarterfinals at home against the third in Zone A (today it is Newell’s).

The 7 key players whose contract with Boca expires: the efforts of the Football Council
Atento Gallardo: the unprecedented strategy of Sarmiento de Junín in corner kicks
The compacts of Estudiantes-Aldosivi and Patronato-Gimnasia, which gave continuity to Date 13 of the League Cup

her best friend who died of cystic fibrosis like Grégory Lemarchal, her emotional confidences in TPMP (VIDEO)