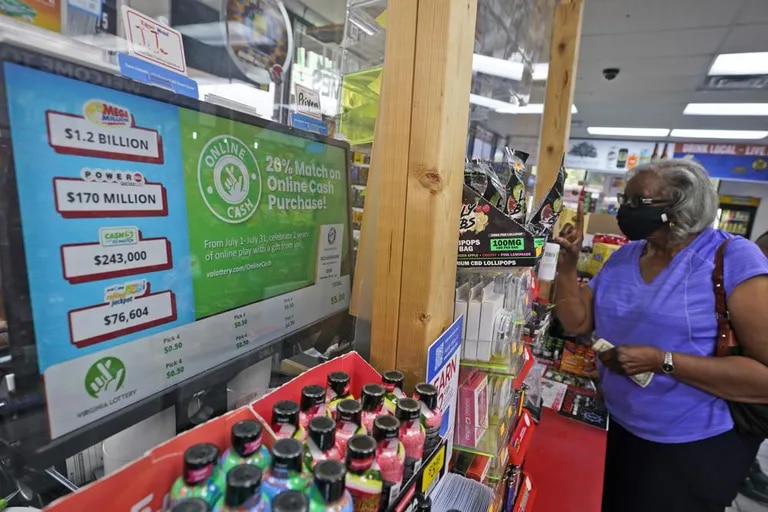 DES MOINES, Iowa.- El gigantic well of the mega millions lotteryone of the juiciest in the United States, continues to grow in the final stretch of tonight’s draw, where a winner is finally expected who could keep the enormous prize of $1.28 billion.

The vacant jackpot is so far the third largest prize in the country’s history, and is the result of 29 consecutive draws without anyone matching all six game numbers. The last time someone did it was last April 15, and already this week the expectations of the bettors grew strongly.

In the 29 drawings since the jackpot was last won in Tennessee, there have been 28.1 million winning tickets at all prize levels, including 42 worth $1 million or more. According to the lottery website, these grand prizes stayed in 17 states across the country.

If no one wins the Mega Millions jackpot tonight, lottery officials expect the jackpot to rise to $1.7 billion by the next drawing on Tuesday, making it, this time, the largest lottery jackpot in the country.

To participate in the Mega Millions all you have to do is buy a two-dollar ticket. However, in most jurisdictions, players can add the Megaplier for an additional dollar to multiply their prizes, as long as it is not the highest.

Draws are held every Tuesday and Friday. Before rushing out to spend two dollars on a ticket, punters should keep in mind that the odds of winning the Mega Millions jackpot are a staggering 1 in 302.5 million.

The estimated $1.28 billion prize would go to players who choose to receive it as a life annuity, with annual payments over 29 years.

Almost all the winners, however, opt for the option of receiving it in cash, which would be lower but certainly not negligible. For this draw on Friday night it is estimated at 747.2 million dollars.

Mega Millions is a lottery offered in 44 states, plus the District of Columbia, and the US Virgin Islands. The first draw of the new Mega Millions format, as such, took place in 2002.

Half of the proceeds from the sale of each Mega Millions ticket stays in the state where it was sold, as the proceeds are allocated differently in each jurisdiction. Across the United States, state lottery systems use lottery revenue to power education, tourism, transportation, and much more, and the same is expected with this giant jackpot.

There are nine ways to win the prize in Mega Millions. Add-ons such as Megaplier can be included, which increase the cost of the lottery ticket to 3 dollars and give the opportunity to increase the prizes.

Each draw is made up of six balls and players must first choose five different numbers from 1 to 70 (the white balls). They must also choose a number from 1 to 25, the golden Mega Ball. Whoever manages to match all six numbers becomes the undisputed winner. In case there are more people who achieved it, the prize is divided.

In addition to the jackpot, it can also be won in eight other ways.

“Stray” has more than one cat up its sleeve