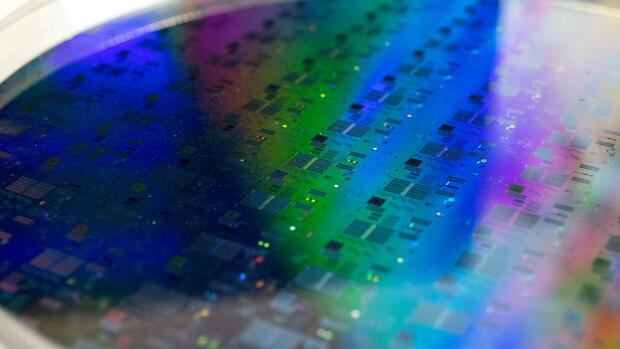 Until early summer, hardly anyone in the auto industry had given the provincial metropolis of Melaka a thought. Why also? For a few weeks now, however, the coastal city has been a household name for suppliers and car brands. Because of the lockdown in Malaysia, an Infineon chip factory in Melaka was idle for weeks. The loss of production at the leading car chip manufacturer exacerbated the already existing severe delivery bottlenecks. All over the world, the conveyor belts in car factories have been idle for months because of a lack of semiconductors.

The ruthless efficiency that the chip industry has been trimmed for over the past few years is now taking its toll. Because the industry is always looking for economies of scale, the failure of an already small plant is often a major disaster. The manufacturers often do not have any alternative locations to which they can switch. This was also the case recently at Infineon.

For months now, automakers and their suppliers have been doing everything they can to get chips, and are prepared to pay a hefty surcharge to keep their production running. They send electronics around the globe by plane for a lot of money, and are laboriously looking for alternatives to replace scarce components with more readily available ones.

It wasn’t long ago that the carmakers haggled over the last cent from the chip companies. You only paid for the components when the vehicles have long been with the consumers. In this way, a global manufacturing landscape was created throughout the semiconductor industry that is highly rationalized and based on the division of labor – but also highly prone to malfunctions.

If Daimler, BMW, VW and also customers from all other industries want a reliable chip supply in the future, then they will have to pay higher prices. Security has its price.

It is pure coincidence that there have been no major disruptions in the semiconductor industry in the past. Individual manufacturers had problems from time to time. For example, world market leader Intel, which PC manufacturers felt because they lacked processors.

On the whole, however, the producers were able to deliver – with a lot of luck. Because the system has been fragile for a long time. The majority of the highly integrated chips come from Taiwan, i.e. those components that are built into smartphones. The world depends on South Korea for memory chips. Most semiconductors are packaged and tested in Southeast Asia and China.

A major earthquake in Taiwan could bring global electronics production to its knees within a few weeks. A military conflict between the island and China would have just as serious consequences: According to the Association of European Auto Suppliers, between 60 and 70 percent of car chips come from the two countries.

This shows: the risk was already huge, because of Corona it has now become obvious. Because thanks to the digitalization surge worldwide, all factories are working to the limit.

What shall we do? Customers have to get used to ordering from the chip industry much earlier and also to place binding orders. This is the only way for semiconductor manufacturers to invest sufficiently and in good time in new plants.

Manufacturing should also move closer to customers in order to minimize geopolitical risks. That means: More chip production is needed in America and Europe. And that across the entire supply chain. It is not enough if only the most technically demanding part is located in the industrialized countries and the semiconductors for further processing are still being flown around the world.

The semiconductor journey around the world is not sustainable

Because that too has to change: It is not sustainable if the components – as is often the case today – circle the globe several times before they reach the customer.

Buyers should also act and be careful to use two or more suppliers. In addition, everything speaks in favor of developing the electronics from the outset in such a way that chips from different manufacturers can be installed.

All of this costs money. But probably not as much as many customers believe. Because more and more chips are being used, in more and more devices and for more and more applications. As a result, the quantities are increasing worldwide, which makes regional plants more worthwhile. In the future, individual buyers will also use more chips than before, which will give them better conditions.

Everything indicates that the chip shortage will not go away anytime soon. Manufacturers and customers should therefore not hesitate to tackle the upcoming change in the semiconductor industry immediately.

More: The curse of the chip boom overtakes Infineon shares