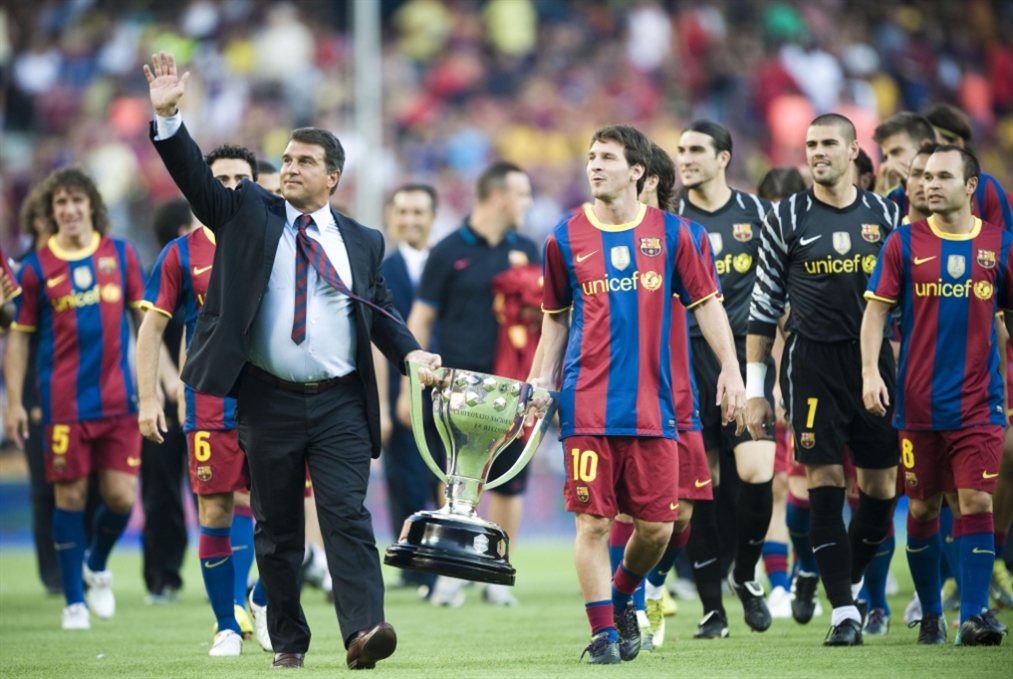 Barcelona imposed itself at the top of European clubs during different periods during the past two decades, especially between 2008 and 2015. Constant competition for local and European titles made “Tiki Taka” dominate the old continent. The glare of the “Blaugrana” gradually subsided after random technical changes, starting with coaches who were not suitable for the club’s philosophy, passing through random deals, to reveal the disaster with the corruption of the administration of former President Jose Maria Bartomeu. The latter has accumulated huge debts on the club, which made the team suffer from it both. Thus, the current president, Juan Laporta, found himself the captain of a ship that was almost sinking, and he began to gradually abandon his “excess” payload.

The club was forced to dispense with the services of its first star, Argentine Lionel Messi, as the laws of the Spanish League prevented the possibility of renewing the best player in the world due to the confusion of the budget. Messi’s departure caused a large technical gap within the team, given that the style of play revolved around him during most of the period during which he played with Barcelona. In return, getting rid of the huge salary of the Argentine “flea” contributed to creating a relative balance in the club’s budget.
Laporta’s second step was the dismissal of former coach Ronald Koeman and his replacement by the son of the club, Xavi Hernandez, who quickly established a technical balance with the existing elements with few reinforcements that made him finish the season second in the league during the last season, as a qualitative achievement compared to the floundering start of the team.
The season is over and the restoration process has begun. A new reality has been imposed on the Catalan club, which requires reducing its expenses to ensure financial sustainability. Thus, the Barcelona administration directed to adopt policies that guarantee continuity in the short term, focusing its efforts on free deals such as AC Milan midfielder Franck Kessier and Chelsea defender Andres Christensen. What was remarkable, the club sought to conclude deals with large sums, despite the financial restrictions imposed on it by the Spanish Federation, which may not be consistent with the horror of the crisis that Barcelona is going through.
The problem is not liquidity, as many parties are willing to lend to the club due to its large brand. The problem revolves around ensuring the club does not record losses that exceed its income, which is difficult to achieve given its annual losses and accumulated debts. Consequently, Barcelona found it difficult to register new players or pay large sums to include stars, and it is also facing obstacles in renewing the contracts of some of its players, such as the Frenchman, Ousmane Dembele.

financial adventure
Laporta’s biggest step is to give the green light to a proposal by the club’s board of directors to sell part of the TV promotion rights in subsequent years in exchange for an immediate cash injection. Management hopes that this measure will bring in up to 700 million euros, but the future repercussions may far outweigh the benefits of the present.
Laporta is betting on a “theoretically” bright future that tempts investors to support the club in the present, knowing that these incomes are associated with a huge real estate mortgage on Barcelona’s future. 10% of the club’s TV rights in the league have been sold so far over the next 25 years to the American investment fund “Sixth Street”, for 207.5 million euros, noting that Laporta is open to selling up to 25% of the proceeds of the local league broadcast, according to what is popular in Spanish center.
In the same context, Laporta said that the administration is working on four separate deals and that it hopes to complete them quickly in order to get out of the spending ceiling for next season, which is estimated negatively (minus 144 million euros), and the club’s debts amount to nearly 800 million euros, of which more than 310 million euros owed in the next 12 months.

There is no wealthy Barcelona owner who can pump shares and it is difficult to refinance the team’s debt, which made Laporta turn to cash generation in this way. It is not necessarily a bad move, but it is certainly a risk that Laporta and his management may not be there in the future to face its fallout, when they will be there to take profits in the short term.
Barcelona earned about 165 million euros from the “La Liga” broadcast rights deal in the 2020-2021 season, and if the club achieved this amount over the next 25 years and sold 25% of its rights, it would end up giving up more than one billion euros. From here, Laporta’s preference for the current liquidity with its vague repercussions in the future appears on austerity and the attempt to achieve prosperity in subsequent years, as is the case in the experience of the Italian AC Milan, which “sacrificed” a few seasons away from the local and European light and then returned last season and achieved the league title due to its technical balance. and administrative.
It is a pivotal era in Barcelona’s history that may make Laporta a genius if he achieves success, or it will be talked about in the same way that Barcelona fans talk about Bartomeu. The coming years will show the results of the policies currently in place, and it is certain that the club is taking a huge gamble with an uncertain success.

The developer of Uncharted 4: A Thief’s End spoke about the moment cut from the game