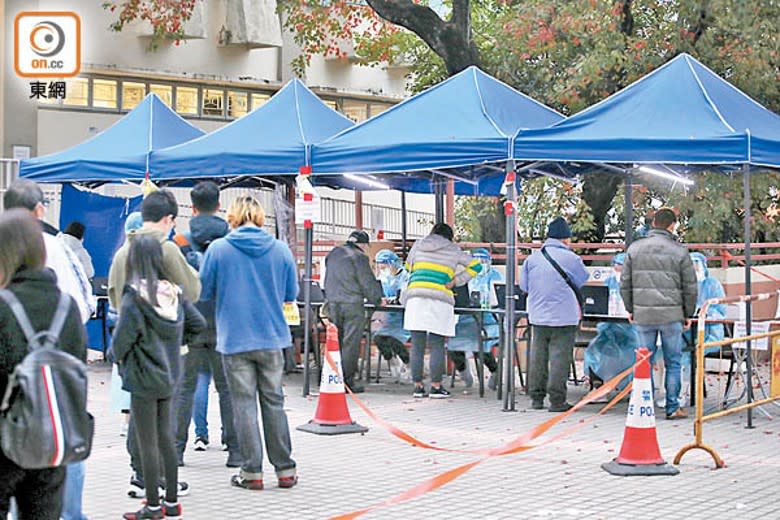 Yesterday, the number of confirmed cases in Hong Kong exceeded 10,000 for the first time in a single day, and the number of newly reported cases was close to 22,000. Both hit new highs in the two years of fighting the epidemic. The relevant data will lead to a geometric increase in the epidemic in the coming week! The Centre for Health Protection of the Department of Health admitted yesterday that thousands of samples from private laboratories have not yet been sent to government laboratories. Experts pointed out that the DH’s uniform review has caused many test results to be delayed. It is estimated that the fifth wave of the epidemic has caused 200,000 confirmed cases in Hong Kong, and the speed of testing in Hong Kong is like the third world. The Food and Health Bureau finally dismantled the bomb last night with “artificial lag”, announcing that it will directly confirm the operator’s test results and even directly acknowledge the rapid test results. Details are to be announced. The anti-epidemic order has changed day and night, and the policy is like a driverless car, turning into a crazy world!

Quick test instead of forced inspection and online declaration

The Food and Health Bureau stated last night that the increasing demand for testing has put a heavy pressure on the laboratory work. A large number of samples have yet to be tested. Some citizens have not received results for several days after sampling. The situation is not ideal. Therefore, the priority and level of testing services will be updated. Methods, including exempting people who have tested positive for the virus from nucleic acid re-testing, they can directly register the results online, and they can be directly regarded as confirmed cases without confirmation by nucleic acid testing; The virus does not need to be reviewed by the Department of Health and will be directly regarded as confirmed.

The government’s belated bomb disposal is expected to cause the artificially delayed and backlog of cases in Hong Kong to “explode” in the coming week. Zhang Zhujun, director of the Infectious Diseases Division of the Centre for Health Protection, announced yesterday that there were 10,010 new confirmed cases in Hong Kong, of which 4 were imported cases and the rest were local infections. The number of cases reported throughout the day reached 21,979. As of the previous day, more than 420 residential care homes had infected staff or residents, including more than 510 staff and 1,500 residents. At least 50 homes have more than 10 infected people.

The new crown has claimed 47 lives, including the centenarian

Lau Ka Hin, Chief Administrative Manager (Quality and Standards) of the Hospital Authority, said that 47 more people died yesterday, aged between 9 and 100 years old. Except for the 9-year-old boy who was announced the day before yesterday and had a muscle genetic disease, the rest were elderly or For long-term patients, only 5 people have had injections. This week, 12 people died again and again, which is a lag in the announcement. 314 people died in public hospitals in this wave of the epidemic, with a total of 519 deaths. More than 6,000 people are in hospital or community isolation facilities, including 51 in critical condition and 48 in serious condition. The number of HA staff infected with the virus increased to 1,957.

In addition, the HA received a donation of $50 million from the Li Ka Shing Foundation to facilitate the referral of patients from public hospitals to private hospitals for scheduled surgeries. The first phase of the plan covers coronary heart disease patients undergoing cardiovascular examination and interventional treatment. It is estimated that there will be more than 200 patients. Only need to pay 40,000 yuan of operation fee in public hospitals, the rest will be paid by the foundation, if the patient receives CSSA or high OALA, the fee can be waived. Private hospitals participating in the referral scheme include Sanatorium and Hospital, Gleneagles Hong Kong Hospital, Chinese University of Hong Kong Hospital, St. Teresa’s Hospital and Precious Blood Hospital. Liu revealed that the next phase will cover designated cancer patients. Since last night, Tin Shui Wai Hospital has been fully accepting new crown patients, with about 300 beds to pool resources.

Is Biden’s immigration reform beneficial for the US economy?