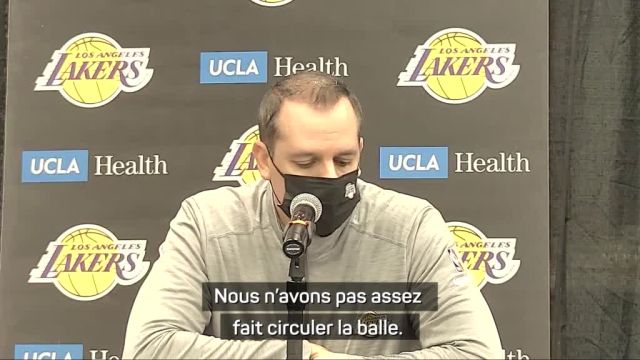 The Philadelphia Sixers dominated the Los Angeles Lakers (105-87) on Thursday at home during the NBA regular season. The Californian franchise, victorious over Brooklyn on Tuesday and which has just recovered Anthony Davis, finally recovered from a sprained knee, on the other hand found itself deprived at the last minute of LeBron James, hit in the left knee and therefore spared.

The 76ers took the lead early in the game, leading 32-22 late in the first quarter. Even if they have long been in contact with their opponent in the score (54-52, 25th), the Lakers have never taken control of the meeting. And Philadelphia ended up flying (88-66, 36th) and no longer being worried.

Joel Embiid (26 points) and Tobias Harris (23 pts) guided the Sixers to victory. On the side of Los Angeles, Anthony Davis was the most prominent, with 31 points and 12 rebounds, but also four blocks (including two inflicted on Embiid). Russell Westbrook scored 20 points.

Building on this success, the third in a row, Philadelphia stole fifth place in the Eastern Conference from the Milwaukee Bucks, the outgoing champions. The 76ers will try to preserve their rank at home against Sacramento on Saturday. The Lakers, ninth in the Western Conference, will play again on Friday in Charlotte.

Only two NBA matches were scheduled on Thursday. In the other meeting of the night, the Golden State Warriors won against the Minnesota Timberwolves (124-119) and chained a fourth consecutive victory.

Stephen Curry (29 points) and Klay Thompson (23 pts) carried the Californians, while Minnesota relied on Karl-Anthony Towns (31 points, 12 rebounds) and Anthony Edwards. Golden State had 21 three-pointers, for 58.3% success, its best percentage of the season.

The Warriors, second in the Western Conference, host the Brooklyn Nets on Saturday. The day before, the Timberwolves will have faced Phoenix, leader in the West.