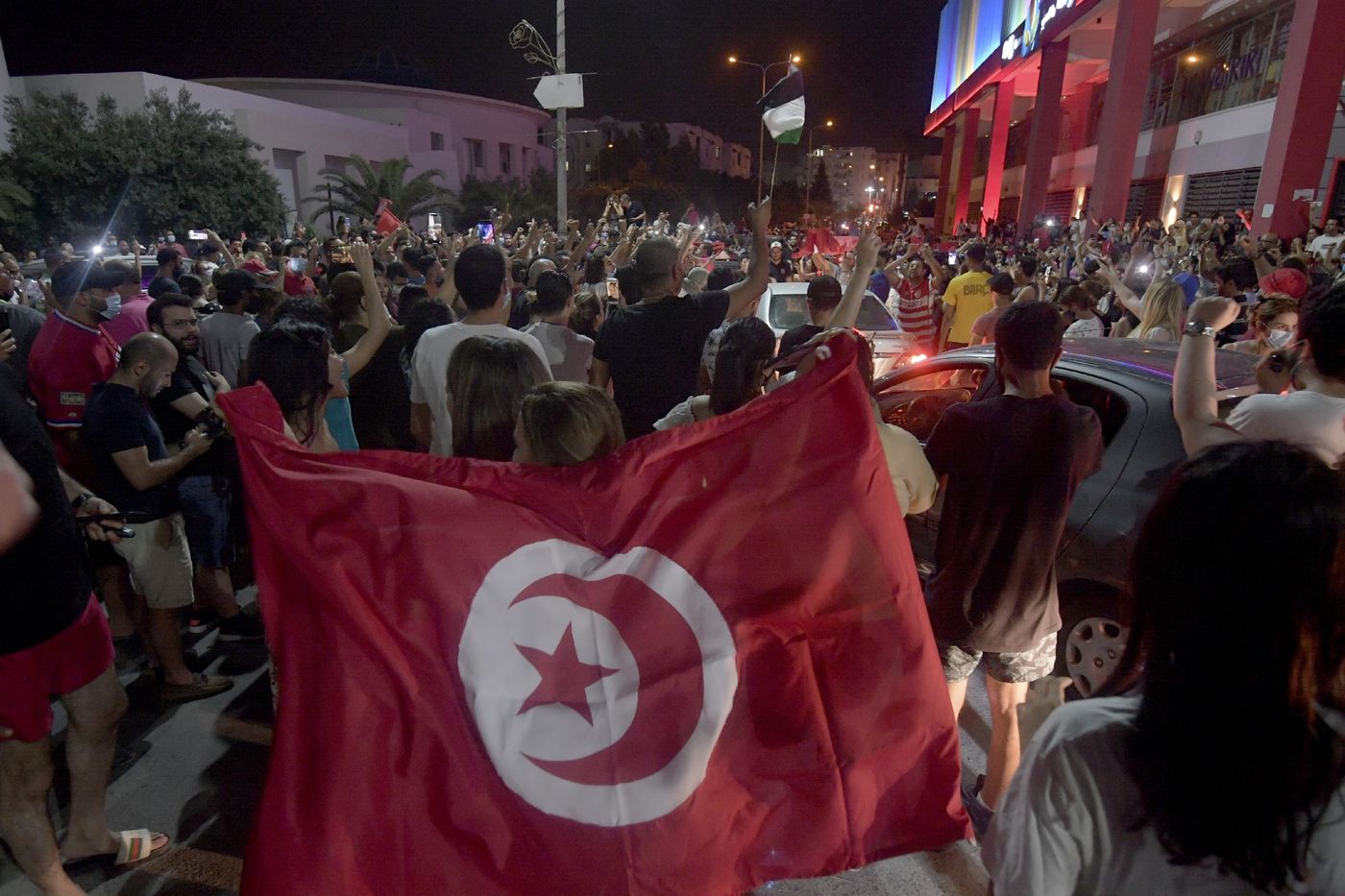 Tunisia was plunged into a new political crisis after President Kais Saied’s decision on Sunday evening, July 25, to freeze the work of Parliament for 30 days and to grant itself executive power, the main ruling party, Ennahdha, denouncing a ” Rebellion “.

This dramatic turn shakes the young Tunisian democracy, which has been functioning since the adoption in 2014 of a compromise Constitution according to a mixed parliamentary system, in which the president has only diplomacy and security as prerogatives.

“According to the Constitution, I took decisions that the situation requires in order to save Tunisia, the State and the Tunisian people”Kais Saied said after an emergency meeting at Carthage Palace with security force officials. “This is neither a suspension of the Constitution nor an exit from constitutional legitimacy, we are working within the framework of the law”, he assured, specifying that these decisions would be published in the form of a decree.

For his part, Ennahdha castigated “A coup d’état against the revolution and against the Constitution”, in a statement posted on his Facebook page. The Islamist formation stressed that its “Partisans (…) as well as the Tunisian people will defend the revolution”. Its leader Rached Ghannouchi, also president of the Parliament, accompanied by several deputies, found himself blocked in front of the seat of the chamber, closed by soldiers, according to a video published by the Facebook account of Ennahdha.

The 2011 revolution ousted the autocrat Zine el-Abidine Ben Ali from power, setting Tunisia on the path of democratization that it has continued to follow ever since, despite social and security challenges. But since the coming to power in 2019 of a fragmented Assembly and a fiercely independent president of the parties, elected against the backdrop of fed up with the political class in power since 2011, the country has sunk into particularly intractable political crises.

Kais Saied, who advocated a revolution through law and radical regime change during his election campaign, has announced that he is removing government chief Hichem Mechichi from his post. The president of the Republic “Will take charge of the executive power with the help of a government whose president will be appointed by the head of state”, he added.The president also announced that he was lifting parliamentary immunity for MPs and promised to prosecute those involved in court cases.

The announcement comes following protests in many cities across the country on Sunday, despite a large police deployment to limit travel. The thousands of protesters notably demanded the “Dissolution of Parliament”.

→ READ. “We are on our own”: in Tunisia, hospitals exhausted by Covid-19

The frustration of citizens is exacerbated by the conflicts between parties in Parliament, and the standoff between the leader of Parliament Rached Ghannouchi – also leader of Ennahdha – and President Saied, which paralyzes the public authorities. Many also criticize the government for its lack of anticipation and coordination in the face of the health crisis, leaving Tunisia short of oxygen. With nearly 18,000 deaths for 12 million inhabitants, the country has one of the worst official death rates in the world in this pandemic.