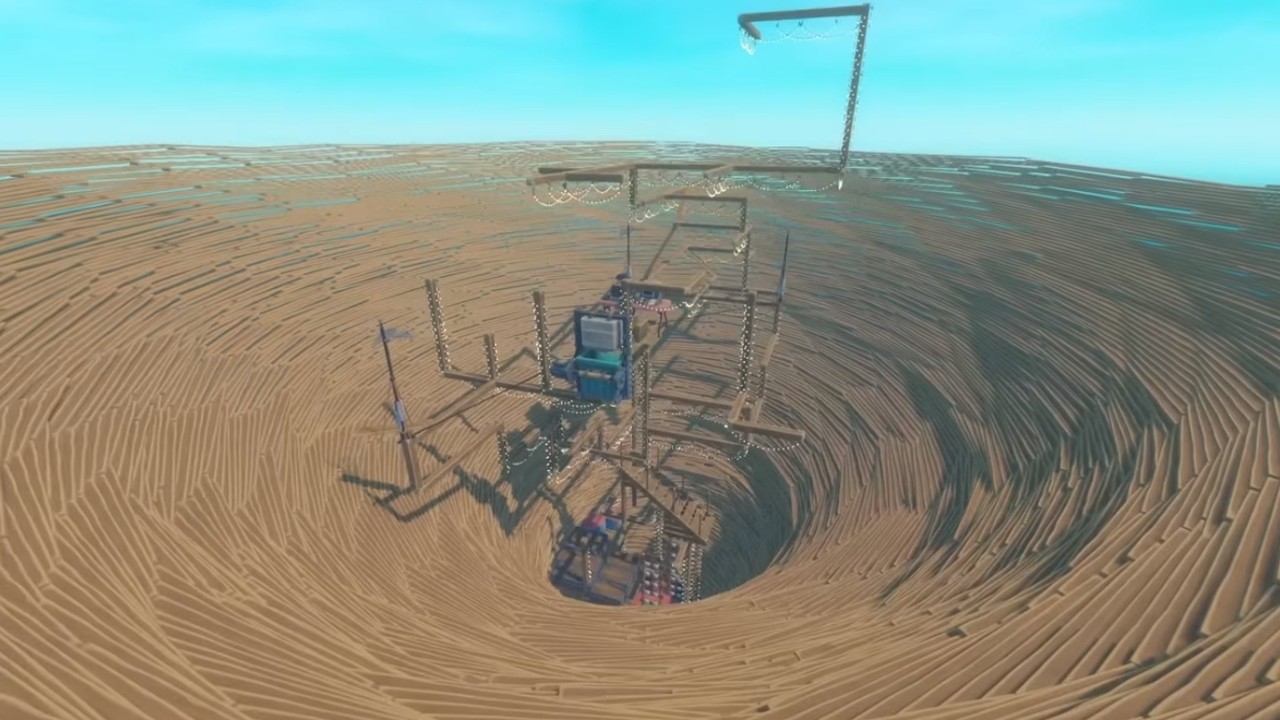 The famous sea drifting survival masterpiece “RAFT”, which has been affirmed by thousands of players on Steam, launched the official version in June, and the game naturally added a lot of new content, which also brought the well-known overseas YouTuber “Let’s Game It Out” player Josh back to the game , After the last Skynet Raft, he once again broke the game with amazing creativity (ㄨㄢˊ) closed (ㄏㄨㄞˋ).

Josh’s channel content has always carried out various interesting game experiments with the idea of ​​not playing cards according to the card theory. After his previous experience in the early access version, this time he challenged “RAFT” for the second time, and still built a strange-shaped raft. .

However, in the official version of the content, players can exchange for a new “Detail Plank” plank plan in a store on a large island by accumulating reputation. (As long as the planks are attached to the raft body).

It is conceivable that the original intention of the developers is to allow players to have more room to play in the creation of rafts through this custom board.

It took him nine hours to build a tornado.

This super-giant tornado raft is basically connected layer by layer using refined wooden boards. Its size is equivalent to the height of the oil drilling platform in the game. From a distance, it looks like a real natural disaster.

However, the real creative part of Josh is not the shape of the raft he designed, but because he has built this natural wonder, he has further discovered the Bug use of refined wood planks.

Since the board can be covered up, of course, it can also be covered down and into the sea. At this time, a new bug will be triggered. Players standing on the board will still be in the “land” state without the need for oxygen cylinders, and will not be affected by Shark attack.

More importantly, because the wooden board is connected to the main body of the raft, it will also drift under the influence of the ocean’s floating. As long as the player stands on the wooden board, through the drift of the ocean, they can “penetrate the wall” and squeeze into the space that was originally inaccessible.

Based on the above points, friends who have played “RAFT” should be able to guess how Josh broke the game. Yes, wherever he goes are custom boardwalks floating in the air, forming adventurous “trajectories” around his tornado raft.

In this way, he used the planks and through the wall to get through new content all the way, and the locked door of the mission could not stop him, so he arrived at the “Utopia” completely broken game… But because of the relationship through the wall, it caused some plots Bug, so it is less recommended for players to follow.