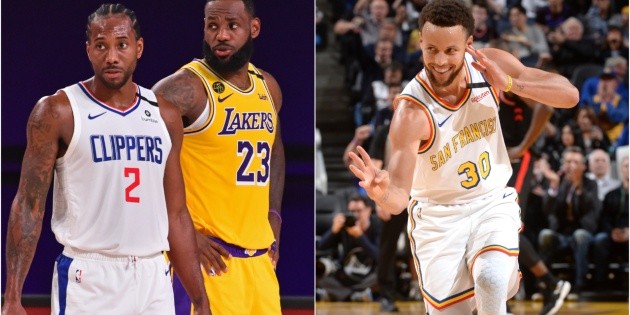 The playoffs of the NBA had their last game on October 11, in the match corresponding to the Finals that Los angeles lakers they beat Miami Heat. A month and a half from that night, The official calendar for the next preseason is out, which will start shortly.

Precisely, On December 11, a brief preseason will begin that will last eight days, culminating on the 19th of the same month. All this is so tight, because the 2020-21 season will have its beginning on December 22, although it was important that the players could have some games to get to know each other better with their new teammates.

While all fans want to see their teams now, there is one franchise in particular that wants it more than anyone: Golden State Warriors. After such a bad season from having so many injured players, now they finally know the date of their return. The rival will be Denver Nuggets next December 12.

Los Angeles Lakers vs. Los Angeles Clippers, the duel everyone wants to see

The NBA, following the rule that is scripted, decided to put the confrontation between the two franchises and a rematch on the 13th on the first day of competition. Although it is not known which players will be present, it will be interesting a duel whose rivalry has increased in the last season and that Rob Pelinka took it upon himself to toughen up even more with the hiring of Montrezl Harrell.

Among other interesting encounters, you can observe Milwaukee Bucks before Dallas Mavericks on December 12 in what will be a good duel between Giannis Antetokounmpo Y Luka Doncic. Further, Boston Celtics you will see them with Philadelphia 76ers the 15th, in a game that doesn’t even need a presentation.