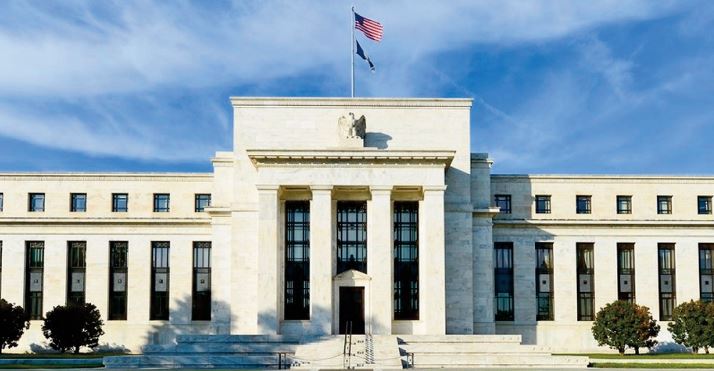 The crisis in Ukraine could cause an additional surge of inflation in the United States, and thus further complicate the task of the American central bank (Fed), which will have to play particularly finely to slow down the rise in prices without weighing down the economy. .

Inflation is already at a 40-year high, and Russia’s invasion of Ukraine “will affect the US economy primarily through rising energy prices,” said Kathy Bostjancic, chief economist for Oxford Economics. .

The effects began to be felt with gas prices at the pump, especially since a full tank was already 40% more expensive in January than a year earlier, according to the inflation index. ICC. “Inflation is much too high, it must be brought down,” said Christopher Waller, one of the Fed governors, on Thursday. The powerful monetary institution will therefore raise its interest rates, a priori at its next meeting on March 15 and 16.

This has the effect of making credit more expensive, which discourages some consumption, and thus eases the pressure on prices. But with a global economy still recovering from the Covid-19 crisis, this move is a delicate balancing act. And an additional price increase due to the war in Europe could make the exercise even more perilous. Since March 2020, key rates have been in the low range of 0 to 0.25%.

Will the Fed raise them in March to 0.25-0.50%? Or straight to 0.50-0.75%, which would be an unusually steep rise? “Despite the prospect of higher inflation, the Russian invasion now leads us to believe that (the Fed) will opt for a more usual hike of 25 basis points in March,” anticipates Kathy Bostjancic.

“Current events reduce the likelihood of a 50 basis point hike in March,” David Mericle, an economist for Goldman Sachs Research, even pointed out in a recent internal podcast.

The dynamics of “worrying” wage growth and “strong and more significant inflation trends” had however recently led Goldman Sachs Research to revise its forecasts, counting on higher rate hikes than before.

Fed Chairman Jerome Powell will no doubt be questioned on these issues this week by US lawmakers. He will be heard in Congress, first before the House Banking Committee on Tuesday, then a Senate committee on Wednesday.

The situation in Ukraine adds to the “risks and uncertainties” surrounding the American economy, Loretta Mester, president of the Cleveland regional branch of the Fed, warned on Thursday, stressing that the evolution of the conflict could affect the pace at which the institution will reduce its support for the economy.

“The implications of the evolving situation in Ukraine for the medium-term economic outlook in the United States will also be considered in determining the appropriate pace at which to remove support,” added this voting member of the monetary committee of the powerful. Federal Reserve.

Another official of the institution, Governor Christopher Waller, pleaded for a sharp rise in rates from March, offering rare support to another governor, James Bullard, who is also in favor of it.

According to him, such a strong increase “would help to convince of the Monetary Committee’s determination to fight high inflation”. On the other hand, he was more reserved on the situation across the Atlantic: “Of course it is possible that the state of the world will be different following the attack on Ukraine and then calls for a more modest monetary tightening, but that remains to be seen.”

He judges that it “is far too early to judge the impact of the conflict (in Ukraine) on the world, the global economy and the American economy”

Alola Season is coming to Pokémon GO on March 1!