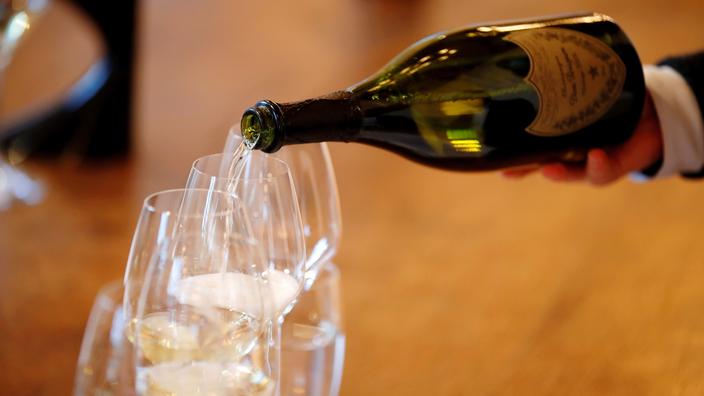 Decisions that worry wine merchants. They denounce “a lack of common sense” which will result in “heavy losses” for the sector.

To make sure you have good bottles at your table tomorrow night, you will have to do it early. Several departments have taken prefectural decrees prohibiting the sale of alcohol from a certain time on Thursday, December 31.

Read also :On Christmas Eve, is the champagne industry resisting the shock of the crisis?

This is particularly the case in the Côtes-d’Armor. The prefectural decree taken on Tuesday prohibits the sale of alcoholic beverages from the 3e to 5e group and their consumption on the public highway from Thursday, December 31, 2020, at 6 p.m., to Friday 1is January 2021, at 8 a.m., throughout the department, indicates West France . In the Pyrénées-Orientales, it is already too late to buy something to wake up. The prefectural decree comes into force from this Wednesday at 8 p.m. until 1is January at 8 a.m.

However, the decree adds a clarification since only “The sale of alcohol to take away is prohibited“. Likewise in the Cher and the Rhône where the decree takes effect from Thursday at 5 p.m. A nuance that excludes specialized stores hopes the union of professional wine merchants.

Indeed, the similar prefectural decree taken in Ille-et-Vilaine indicates that “The take-away sale of alcoholic drinks is prohibited on New Year’s Eve, from December 31, 2020 (4 p.m.) to 1is January 2021 (2pm), in all food distribution establishments and in the food departments of stores whose main activity is not food sales, located in the department of Ille-et-Vilaine ”. A decision motivated by the health risk according to the prefecture because “Alcohol consumption can lead to a relaxation of barrier gestures”. “New Year’s Eve can also give rise to disturbances of peace and public order and generate road insecurity caused in particular by excessive alcoholism”, adds the prefecture.

“A big loss” for wine merchants

Despite these nuances, prefectural decisions worry wine merchants. “It’s a big loss for usNathalie Viet, general delegate of the union of winemakers, laments, denouncing “A lack of common sense”. The day of December 31 is often synonymous with high traffic for these specialized stores, especially at the end of the day. “People go to the wine merchant when they leave the office. It’s part of the last minute shopping. Especially in these uncertain times, they did not necessarily prepare their New Year’s Eve well in advance. They will find themselves unable to have fun ”, she laments.

Read also :Our list of exceptional wines between 10 and 100 euros

Annoyed, Nathalie Viet denounces “A demonization of alcohol in our society” more and more present which is reflected, in particular, by a multiplication of this type of orders. “There were already some at big sporting events, but now it’s all the time. At the slightest little subject, they cover themselves with these alcohol sales bans ”. As for all traders, in particular specialized ones, the health crisis has serious consequences for the alcohol sales sector. Despite an increase in activity during the holiday season, “This will not compensate for the months of losses that we have known”, regrets Nathalie Vinet.